St Petersburg education is well esteemed in Russia. In fact the city has a huge number of universities and institutes, many housed in beautiful historical buildings. 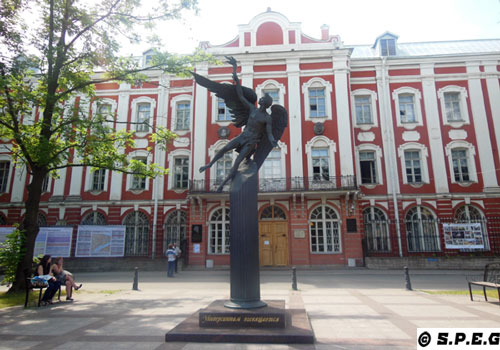 Personally speaking, there is no better place to study in Russia than in Saint Petersburg!☺

Here, you can find dozens of public and private universities of different fields and types. From science to engineering, or from medicine to economy, or computer technology, and many others, there is a subject of study for everyone both for locals and foreigners.

You should know that if today Saint Petersburg Russia has become an important scientific learning place of prestige it was thanks to the foresight of tsar Peter the Great and Catherine the Great who saw education being a vital element to the development of the Russian state and its people.

st petersburg education is the best in the whole country. moscow keep the second place!

Today, most of these Russian universities meet European and international standards of education and are highly regarded across the country. In fact, St Petersburg Education seems to be one of the best. This is illustrated by the wide number of young Russian people enrolling themselves in one of more than 120 universities, institutes, or academies in the imperial city after completing high school.

One of the great colleges that stands out for outstanding education is the oldest and largest institution of higher education in Russia - St. Petersburg State University, founded in 1724. Every year, this university enrolls approximately 32 000 undergraduate students.

It is also true that education for many Russian students is free of charge. In 1918 the Soviet government instituted free, compulsory schooling which enabled most Russians to receive a good, basic education.

it goes without saying that having a university or college degree is very common in russia!

Russia has the highest educational level in the world (more than 40% of the total population have a college or university degree). Since the Perestroika, the system of higher university education was slowly deteriorating, but despite that it still remains among the world's best.

Nowadays things have changed a little, so to get a free education, Russians must pass the entrance exams. However, the universities have had to decrease the number of students studying on a free basis due to poor state financing. Therefore, people have started to note that, at present, Russian education brings with it certain financial dues as in many other western places.

Besides this, another problem with education is that it has always been rather theoretical and unrelated to practice. Therefore, it's common for a person undertaking an engineering degree to work in sales, or one with a chemical background to find themselves in marketing.

In the old days having a degree was an end in itself. So don't be surprised if a woman with a university degree works as a secretary. Having a Ph.D. degree here is also not a big deal and doesn't give you a big advantage unless you work for a foreign company or foreign public/charity organization, which is considered to be the best form of employment.

In conclusion, in the past few years, the Russian government has been trying to change the country's educational programs in order to make it better. And as we speak, the current education system both in St. Petersburg and Moscow as well as other Russian cities seems to work pretty well.

Nevertheless, it will take years to build a new system that combines the past and the future but being that said Saint Petersburg is really an interesting and alternative place to study and educate yourself, which in our humble view, can now rival with those in the Western countries.

We hope this article about St Petersburg education was helpful!