St Petersburg Russia is one of the world's most beautiful cities in Russia with all the ingredients for an unforgettable holiday or travel experience. See why before you go!

St Petersburg Russia, since the fall of the Soviet Union and its modern and politically gradual renaissance, has become a friendly and developed Russian city, far easier to visit than before. 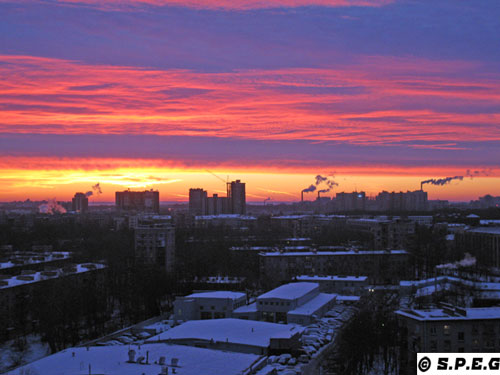 Once a swamp, then a fabulous imperial city, now the most important cultural city of Russia, Saint Petersburg has become one of the most charming and attractive cities in the world. Thanks to its majestic appearance and wonderfully preserved heritage as well as its international arts program today our city is one of the best travel destinations in Russia and in the world.

With more than 300 years of exciting and rich history, its magnificent architecture, and its hidden golden treasures, the city of Peter and Catherine the Great offer a lot of things to do and see to entertain you than you can imagine. From palaces and museums to monuments and cathedrals as well as beautiful parks and many restaurants, including shops, bars, and nightclubs, it is very hard to get bored here.

In our beautiful city, there is a significant past and present to know, the Russian culture to understand, the Russian folklore to experience, and a vast Russian literature to read.☺

Anytime we, Anastasia and I (Davide), walk around the city, there is always a place, an old building, a square or a war memorial we pass by that refers to previous or even ancient times.

Looking at them without knowing the meaning of these monuments is honestly a pity and does not really help to get the feeling of this amazing Russian city, so if you decide to come to visit us and you would like to look beyond the basic stuff and learn a bit more about Russia's Northern Capital then remember to hire a private tour guide.

things you must know about st petersburg russia

To help you learn more about St Petersburg Russia we have created this page with information about the city. From history to education or economic, and more, here you can get a great introduction to the city before you come. To get started just scroll down the mouse and click on the topic that most interests you and start reading.

THE CITY OF ST PETERSBURG 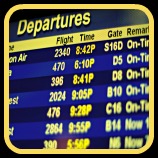 THE CITY OF PETER THE GREAT

Located on the Neva River at the head of the Gulf of Finland on the Baltic Sea, St. Petersburg is a mecca of beautiful cultural, historical, and architectural landmarks. It's a picturesque and maritime imperial city. Here all are airy and light. There is no shade about the picture, no variety of tone. Everything is so convenient, so good looking, so sensibly arranged, and very modern. Of course, as with many cities in the world, there are also some downsides, but overall it is a lovely city to live, study, work, and visit.

Founded by Peter the Great in 1703 and known as the capital of the Russian empire, the city was first governed by the members of the Romanov family and later on by the leaders of the communist era such as Lenin and Stalin. Once called Leningrad and then the Northern capital of Russia, today St. Petersburg is not only an open-air museum but also an expression of the last three hundred years of Russian history, which deserve to be konwn.

With a population of more than five million people, Saint Petersburg is one of the most actively developing regions in Russia. In fact, it is the second-largest economic, academic, and scientific center in the country. For this reason, it has great potential for economic growth if any external causes or major forces won't be interfering with.

The Tsar Peter's intention was to build a Russian city that would rival Paris and Rome for architectural glory. Split into four sections by the large Neva River, the city was built upon 100 islands, with more than 60 rivers and canals. Compared to Moscow, St. Petersburg is more compact, manageable, architecturally intact, and easy to walk around. In one word, the city is a nice place to discover and live.

Included in the Top 25 Travelers’ Choice World Destinations and also listed as a UNESCO world cultural legacy site, St Petersburg Russia is a beautiful and fascinating travel destination, and one of the most intriguing and historically compelling cities in Europe. With more than 180 museums, 50 theaters, 114 concert venues, 7 parks, and over 5000 cultural landmarks, there is a lot to do and see here.

THE CITY OF GROWING ECONOMY

As a major trade gateway, industrial and financial center, the economy of this Western European Russian city is considered the fifth largest in the country. Currently growing thanks to its industrial production, which includes oil and gas, metallurgy, machine building, and metal processing; Saint Petersburg is now second only to Moscow among all Russian cities in terms of industrial output. Of course, international tourism has also become an important part of the country's growing economy.

Russians read a lot, and they will be very surprised if you tell them you have not read any books of A. Pushkin and F. Dostoevsky, or you don't know anything about their country. For your information, the Petersburgers are well educated and have a high level of intellect. In fact, a sizable proportion of the employed population is engaged in education, the arts, and the sciences. Also, Russian people are considered very intelligent by the international community. This explains why St Petersburg Russia is one of the most important centers for education and scientific research in the whole country.

The lifestyle of Russians depends mainly on their income levels. If you are rich, you have a good life. But if you are poor, well... then you are going to have some serious problems as everywhere else. However, compared with America, or with other Western countries, where people value more the "things", in Russia instead, people mainly value more each other, their family, and life in general. But today, with the current growing economy, Russian society has begun to transform and is showing signs of change, despite a strongly rooted Russian culture and tradition. However, Russia is still home to more patriotic than greedy capitalists, and that we think is a good thing to keep the country more human.

From St Petersburg Russia return to the Homepage