St Petersburg tourism has seen rapid growth since 2005 thanks to government investment and the charm of the city. The tourist traffic increased by 10% year on year.

Once a swamp and untouched during the Soviet times, today one of the world's great metropolises, Saint Petersburg is the grand gateway to Russia and one of the most awe-inspiring cities in Europe. 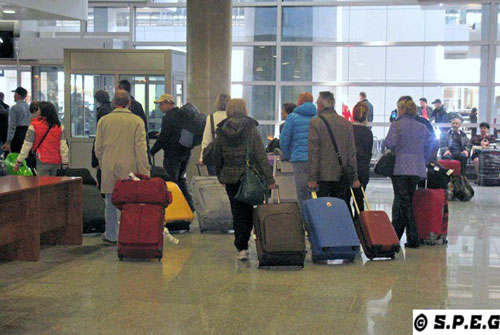 Included in the UNESCO list of sites with world cultural legacy for its magnificent architecture, monuments, and museums along with a vast wealth of art and history, there is no doubt that Saint Petersburg is the most important cultural city of Russia.

Millions of international tourists have already visited Saint Petersburg from Finland, Germany, the USA, Sweden, Italy, and France, including Korea, Thailand, India,  Japan, and China (all leading countries). The list have grown in the last past twenty years, and we hope it will continue to grow in the future no matter what.☺

but let's the numbers do the talking!

For your information, as an emerging market and the largest country in the world, spanning two continents, Russia is a particularly intriguing market for the global travel and tourism industry.

Being that said, the government has invested a lot of money into the growth of St Petersburg tourism and these big investments they did pay off later. For example, the Russian government set a target of attracting five million tourists by 2010, which it succeeded in doing.

In fact, from 2006 to 2010 the government invested in a development program for tourism, that cost about 519 million rubles ($670 000 000), in order to improve the infrastructure of the city, open new hotels, and new facilities for tourists. On the other hand, the contribution of tourists to the city's economy in the form of direct costs (excluding the cost of coming to St. Petersburg), based on the city government report in 2010, was more than 115 billion rubles.

After hosting the 2014 Winter Olympic Games in Sochi and the 2018 FIFA World Cup, Russia increased its popularity among international tourists.

According to the committee for investments and strategic projects of St. Petersburg, in 2005 3.5 million tourists came to the city and as a result of the government investment, from 2006 to 2010, in 2014 the city was visited by 6 million tourists, which saw an increase of 13% compared to the previous years (from 2005 to 2013).

In addition to that, the city of St Petersburg also had a nice increase in domestic travel, which amount to 2.5 million Russian tourists since 2010, and that number has grown since then.

In 2017 the imperial city set a new target of 10 million tourists by 2018 and announced a plan to make the North Capital of Russia more tourist-friendly. New and fresh statistics from the official tourism office say that about 7 million tourists visited the city in 2016, 4.7 million were Russians, the rest were foreigners. So they succeed again!

The year 2017 was a record year for Saint Petersburg. More than 8 million arrivals to the city were recorded with domestic and international ones split 50/50. Transport companies, major museums, hotels, and other entities have also seen record-breaking growth rates.

The following year, which was the most important year for Russia, the 2018 world cup, saw an amazing increase of international arrivals (Lionel Messi, Diego Maradona, Mick Jagger were among them) as well as domestic in-flows. The overall number of tourist arrivals in St. Petersburg in 2018 was 15 million tourists, and this growth was unexpected.

Instead, over 9 million tourists visited St. Petersburg in 2019, which almost 15% higher than in 2017. Of course, the best year for St Petersburg was 2018 but we all may guess why.

Unfortunately, for 2020 the figures are not the same. During this year St Petersburg tourism was down to nearly zero international arrivals due to the COVID-19 which led the whole world into a serious global pandemic.

before the covid-19 it was a great success for St Petersburg tourism. We are confident that success will come again.

We believe that the growing tourism trend was due not only to the government's urban investment but also to the introduction of the Visa-Free Travel option for cruise travelers; the Sapsan train’s ridership on the St. Petersburg - Moscow line; the Allegro train (St. Petersburg - Helsinki); the extensive and cheap international flight network of Aeroflot; and the recently electronic visa application (online e-Visas) which have made the access to the imperial city easier, faster, and much more convenient for travelers all over the world.

All of the above factors led to an increasing number of new visitors year after year.

Russia's Northern Capital today ranks as one of the most beautiful cities in the world along with Paris, London, and Berlin. It became listed as the Travelers' Choice Winner in Trip Advisor for the top ten best destinations in Russia, and for the following years: 2013, 2014, 2015, 2016; and recently it has also been listed as one of the best travel destination in the world for 2017 by TripAdvisor.

So, we are wondering now... When will you come?

If you have not been here yet, then you really should come!☺

Don't be afraid and come to discover our beautiful and vibrant city in complete serenity. Come and see for yourself why St Petersburg tourism has grown so fast in the past few years.

We hope to see you soon!