St Petersburg Palaces in Russia are impressive buildings with equally rich and varied interiors. See our list below to the best St. Petersburg's historic palaces.

A visit to one of the many St Petersburg Palaces is like traveling back into the Imperial past of this Russian city’s famous aristocratic families. A guided tour inside these stunning Russian Tsar's residences is sure to be one of the best parts of your visit to Russia's Northern Capital.

From Baroque architectural style to Russian Revival design, many of the palaces in St Petersburg demonstrate the might of the Romanov dynasty through the sheer luxury of the Tsars' residences. Designed by foreign architects and built on the grand scale by Russian craftsmen, most of the imperial palaces have become famous worldwide for being impressive, elegant, expensive and magnificently decorated.

However, you should know that many of these Russian imperial palaces built in the city suffered greatly during the Bolshevik revolution and the Siege of Leningrad; all of the buildings, except Oranienbaum Palace, lay within Nazi-occupied territory. But since then, there has been a massive effort to restore them to their former glory.

Today, we can say that most of the St Petersburg Palaces are at their very best and are open to the public, apart from a few exceptions. Some are open as formal homes or as museums of art, and history, others as venues for occasional musical concerts or cultural events.

If you plan to visit one of these remarkable historical buildings remember that magnificent architectural collections often hide behind old, unbelievably ugly structures. The architectural heritage reconciles the very different Baroque and pure Neoclassical styles, as can be seen in the Admiralty, the Winter Palace, the Marble Palace, and the Hermitage.

There are so many beautiful St Petersburg Palaces to visit (about 100), but you don't need to see them all. Below we've made a list of what we think are the most interesting and famous ones worth seeing. We hope our picking list will help you decide which of them will make it to your sightseeing list.☺

Summer Palace of Peter I 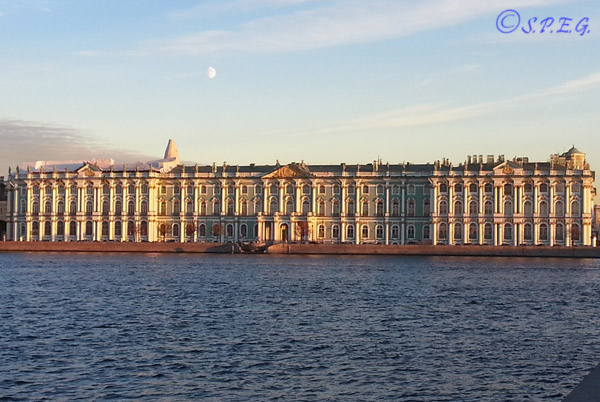 The Winter Palace, the first grand imperial residence in St Petersburg Russia, is home to the Hermitage, the biggest museum in the world. Once the official residence of the Russian Tsars, today it is one of the most famous and visited attractions in the city. As the palace is so big, if you look at a sculpture for a few minutes, it would take a few years to finish the whole museum.

SUMMER PALACE OF PETER the first 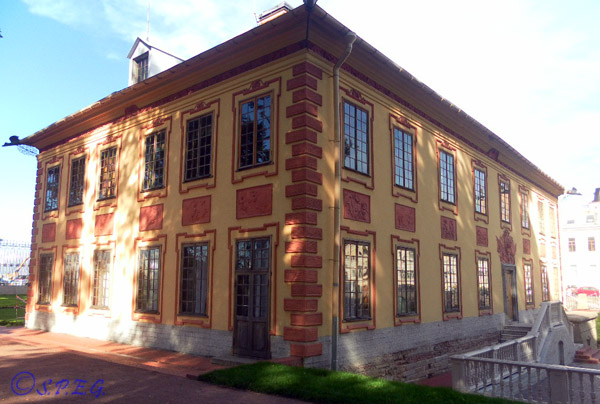 Summer Palace of Peter I

Built for Peter I, and largely restored since the devastation of WWII, the Summer Palace was erected in the corner of the famous Summer Gardens in 1710 and served as the summer residence for the Tsar. With its 7 rooms finished with carved wood and Dutch tiles as well as attractive ceiling paintings, this building is pretty modest, compared to other St Petersburg palaces. 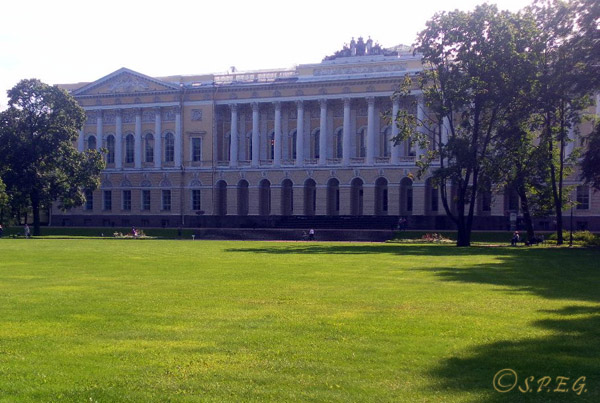 Mostly known as the Russian Museum, the Micheal Palace (Mikhailovsky Palace) is one of the most wonderful Russian Empire style buildings in the city, as well as the best example of palace architecture in the final years of the neoclassical era. Here you can find the best examples of Russian fine arts from ancient icons to 20th-century paintings and artifacts.

Designed by the architect Antonio Rinaldi, the Marble Palace takes its name from its opulent design where over thirty-two different types of marble were used to decorate the building's facades and interiors. Considered one of the first Neoclassical St Petersburg palaces to be erected, today the Palace is a part of the famous Russian State Museum. 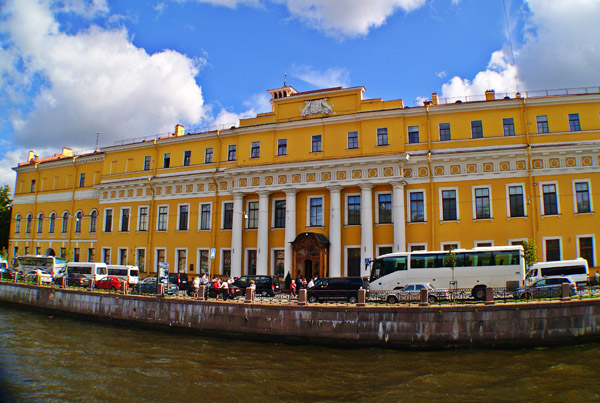 Built for the wealthy Yusupov family on the Moika River, the Yusupov Palace is one of the best examples of the baroque style in the city. Famous for being the place where Grigory Rasputin was killed, here you can admire a great collection of documents, photographs and authentic objects about the aristocratic Yusupov family and their mystic holy man advisor Rasputin. 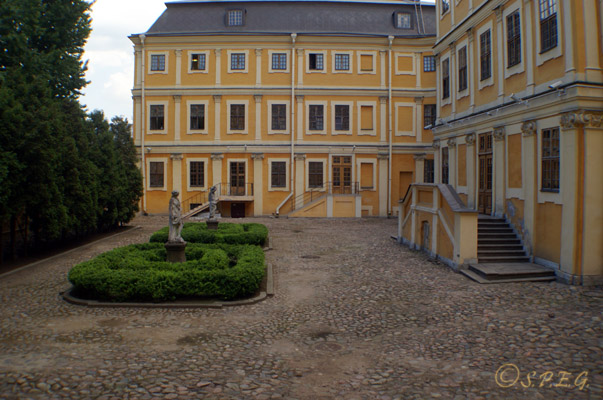 Built-in 1710, the Menshikov Palace was once the residence of Saint Petersburg Governor-General Alexander Menshikov. Today, it is one of the oldest St Petersburg palaces and a branch of the Hermitage Museum. Being the first big building made of stone in the city of Saint Petersburg, as well as a museum full of history, this is an interesting place to visit. 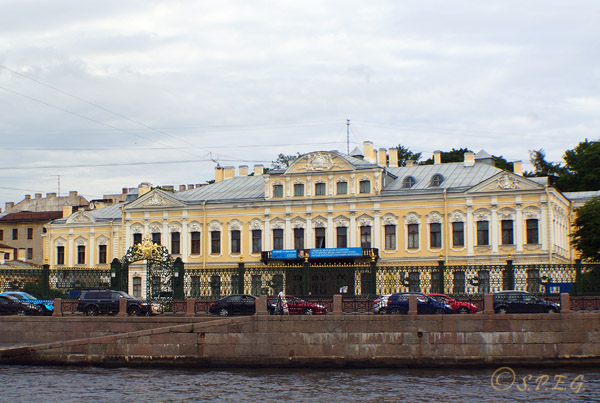 Standing on the bank of the Fontanka River, a few steps from Nevsky Prospekt, the Sheremetev Palace was the place where the wealthy Sheremetyev family lived until the Bolshevik revolution in 1917. Today this elegant Baroque palace displays the private art collection of the Sheremetyev family and is home to the Museum of Musical Instruments. 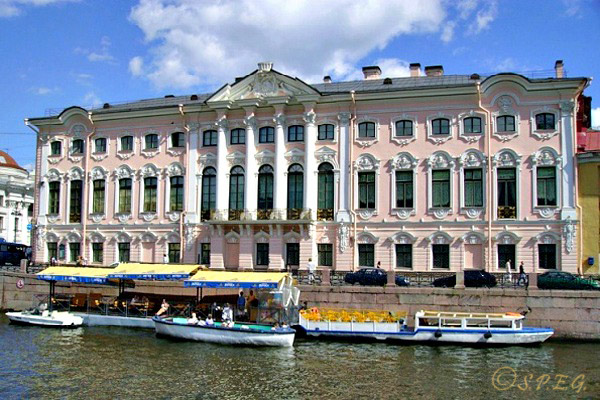 The Stroganov Palace is an other great example of Baroque style and, like many other St Petersburg palaces, it is now a museum exposing the life of one of the many Russian noble families, who lived here for two centuries. Restored in 2003, this remarkable Royal Palace is one of the oldest and finest of the aristocratic residences in St Petersburg, Russia.

the CATHERINE PALACE of tsarskoye Selo 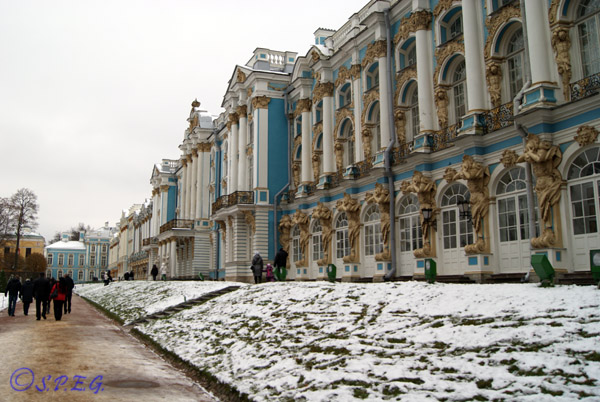 Located in Tsarskoye Selo - the former country residence of Russian emperors - the Catherine Palace is a fascinating place of the world's architectural and gardening arts of the XVIII-XIX centuries. The Palace displays a unique collection of 20.000 items, such as porcelain, decorative objects, furniture, Russian and West-European paintings, amber, sculptures, and much more. Highly popular among locals and tourists this is a must-see place.

THE GRAND PALACE OF PETERHOF 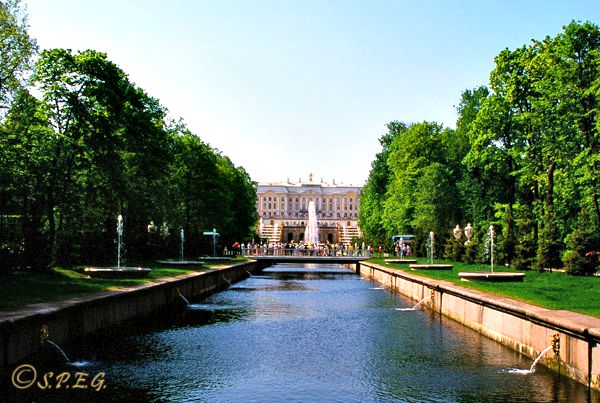 Much better Known as Peterhof, the Grand Palace in Peterhof village is an outstanding example of the greatness of the first Tsar Peter the Great, as well as one of the most beautiful and famous palaces in the world. Entirely reconstructed after World War Two, this lavish building along with its famous parks and gardens will bring Versailles to your mind. A visit here is really worth your time and money. 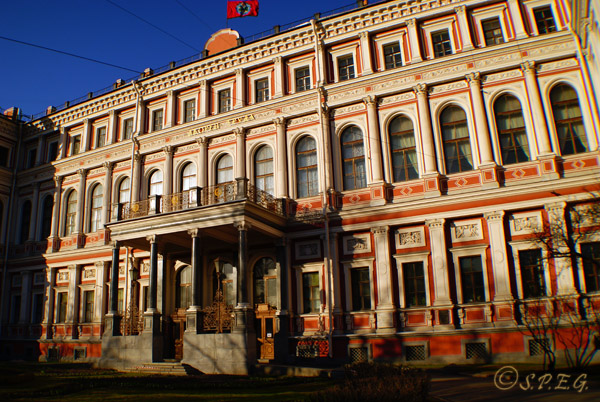 Standing not far from St. Isaac's Cathedral on Truda Square, the Nikolaevsky Palace was one of the last royal St Petersburg Palaces to be built for the Tsar family belonging to Emperor Nicholas I. Today the building has become a popular Russian restaurant, where anyone can enjoy a four-course meal and watch the unique Russian folk show "Feel Yourself Russian!". 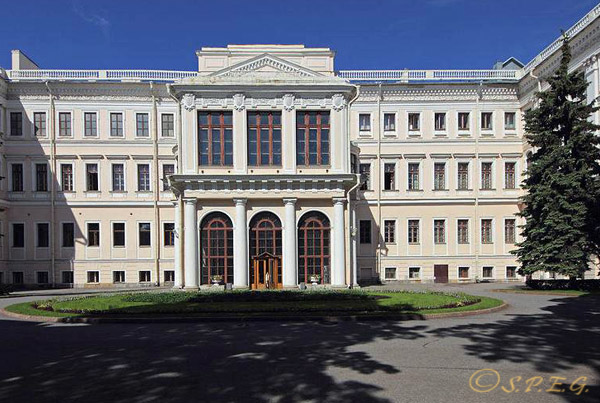 Built for the Empress Elizabeth Petrovna and erected on the embankment of Fontanka River near the beautiful Anichkov bridge, the Anichkov Palace is a unique monument of history and architecture situated in the heart of the city of St Petersburg. Today this historical building is more a place for young students than for tourists as it offers regular after-school education in arts, crafts, sport, science and engineering. 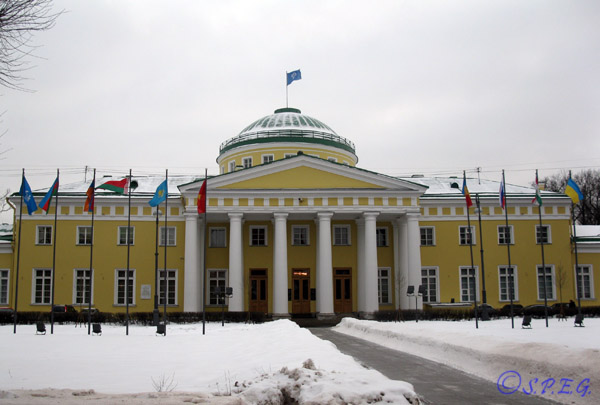 The Tauride Palace is one of the best examples of pure Russian architecture and one of the most impressive St Petersburg palaces. Located in the north-east of the historic center, in the large Tauride Garden, it was built as a present to Field Marshal Grigory Potyomkin. Today is the headquarters for the Internal Parliamentary Assembly of the Commonwealth of Independent States and unfortunately, it is not open for sightseeing. 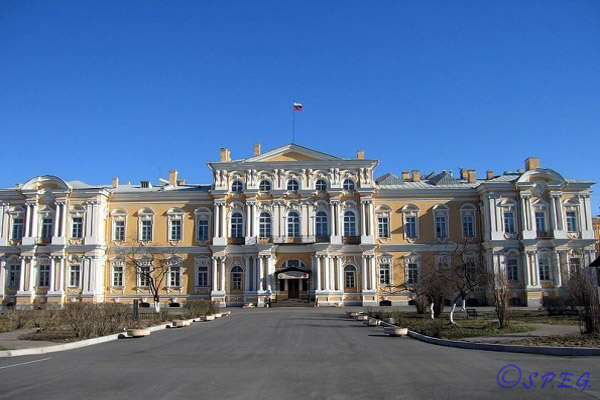 Known for its central position opposite Gostiny Dvor on Sadovaya Street, the Vorontsov Palace is another beautiful baroque building built between 1749 and 1757 by the famous Italian architect Francesco Bartolomeo Rastrelli. Since 1955 it has been occupied by the Suvorov Military School for boys aged 14-18 years old. Unfortunately, as a few other St Petersburg Palaces, it is not open to the public. 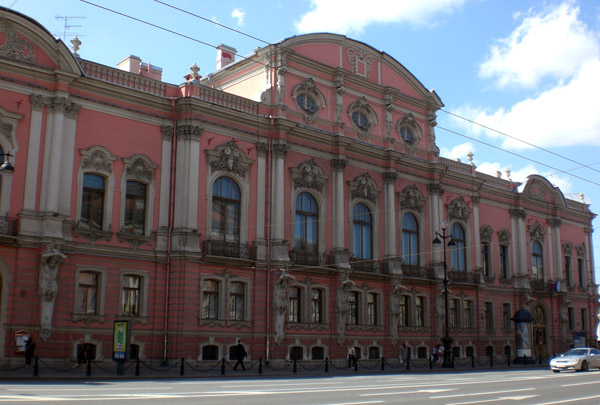 The Beloselskiy-Belozerskiy Palace is the last gorgeous Russian Neo-Baroque building that you should see. It faces the famous avenue Nevsky Prospekt. Once belonging to the prince Sergei Alexandrovich, and then used to serve as the Communist Party's district headquarters, now the building is home to a Municipal Cultural Center and is open to the public only for the concerts and private guided tours.