The Tauride Palace is nowadays a government building located in the surroundings of St. Petersburg not open for sightseeing.

The impressive Tauride Palace, with its yellow facade, green domes and bold portico of pillars is one of the largest landmark palaces in St. Petersburg. Also known as the Tavrichesky Palace and home to the Interparliamentary Assembly of the Commonwealth of Independent States, it is not open to the public for tours but does host 18th-century musical performances by The Tavrichesky International Symphony Orchestra.

This striking palace is located northeast of St. Petersburg's historic center at the bend of the Neva River adjacent to the Tavrichesky Garden, a vast park that is open to the public but was once the private gardens for the owner, Prince Grigory Potemkin.

Given the title Prince of Tauris, the palace was named in honor of Tauria, another name for Crimea, which was the land seized by Potemkin from the Ottoman Empire. Built-in 1783-1789 by leading Imperial architect, Ivan Starov, this beautiful palace, with its Palladian design, was gifted to Potemkin by Catherine the Great, his close confidant and lover.

It is Tavrichesky Garden that is often mentioned in fine literary works. Cherished for its walking paths along streams and ponds and popular with local families, the stunning landscape is just one of its amenities. Sports facilities, art venues, theme nights, a banquet hall, musicians and dance troupes that regularly perform at Leningrad Center make these gardens an outdoor treasure chest.

Beautiful inside and outside this stunning Neoclassical-style building is now close to the public, but if you are still keen to see it you can walk around the gardens and see the main building from the outside.

a look inside the tauride palace

Interested in going to the Tauride Palace? If so, click on the links below or scroll down the page to learn more.

Considered one of the grandest private residences of the 18th-century nobles, its lush interiors were once used for Potemkin's extravagant lifestyle and lavish parties. But, it is said Potemkin threw elaborate parties in an effort to recapture Catherine's fading affections and salvage his diminishing influence, so when his hopes failed, he fell into despair.

After his death in 1791, the palace was acquired by the Imperial family and Emperor Paul I, Catherine's son. Having despised his mother's excessive lifestyle, Paul destroyed the interior by giving it to the Imperial Guard to use as stables for the horses and barracks for the cavalry regiment.

In 1906, the Tauride Palace became the Imperial seat of Russia's first parliament, but in 1917, it fell to the Soviet Union and became the location for Lenin's speeches to the Bolsheviks. It was reestablished as the All-Union Agricultural Communist University and until 1990, used as the Leningrad Higher Communist Party School, a college for high-level Communist officials.

The sculpture “The Tauride Venus” is named after this palace and currently housed in the State Hermitage Museum. It was the first classical sculpture to arrive in Russia from Pope Clement XI to Peter I in 1718. It was kept at the Tavrichesky Palace from the time of Catherine the Great until the mid-19th century.

Tickets are no longer available for visiting the Palace because is closed to the public. However, the parks and gardens are free to access.

Transportation from downtown St. Petersburg is available by bus and subway.

Tours of the palace: http://school.excurspb.ru/inter/237-tavricheskiy.html

Our picking list of Hotel nearby the Tauride Palace 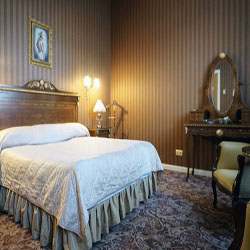 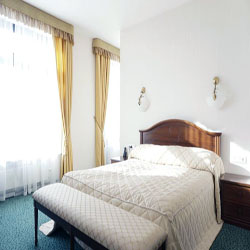 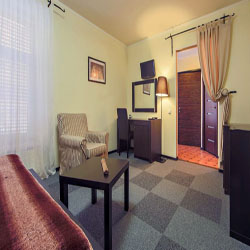 Our picking list of essential travel resources for your Russian trip