The stunning Mikhailovsky Palace is one of the most beautiful buildings in the center of St. Petersburg and the core of the Russian Museum.

The Mikhailovsky Palace has many names. Also known as St. Michael's Castle, it was built by Emperor Paul I between 1797-1801 and named for the patron saint of the Royal family. Also called Old Michael Palace after Grand Duke Michael Pavlovich, which was built in 1819 and now houses the State Russian Museum.

In 1823, after it was given to the Army Engineers School, it was called the Engineer's Castle, then later named the Nikolayevskaya Engineering Academy and now, the Military Engineering-Technical University. The New Michael Palace is the building constructed in 1857-1861 for the Grand Duke Mikhail Nikolayevich.

Perhaps the most unique palace in St. Petersburg, each building forming the square shape is an eclectic mix of French Classicism, Italian Rennaissance and Gothic designs developed by architects Carlo Rossi, Andrei Shtakenschneider, Vincenzo Brenna and Vasili Bazhenov. Other developments also define the unique purpose and history of the palace, beginning with its first royal resident, Emperor Paul I.

Today, the Palace is the site of the Russian State Museum, which offers a distinct collection of Russian art not found elsewhere. With 400,000 exhibits covering 1,000 years of history honoring Russian painters, such as Bryullov, Shishkin, Surikov, and Ayvozovsky, visitors are treated to works from some of the most amazing, yet forgotten talent in the world.

Located within the historic center of St. Petersburg the Mikhailovsky Palace is not on the tourist circuit, so it's the perfect place to enjoy an uncrowded, quiet atmosphere while admiring excellent exhibits of Russian artists.

A LOOK INSIDE THE Mikhailovsky Palace

Interested in visiting the Mikhailovsky Palace? If so, click on the links below or scroll down the page to learn more.

The Russian State Museum is located inside the magnificent white-columned Mikhailovsky Palace, which is just a short distance from the Church of the Spilled Blood and next to the famous Art Square, which derives its name from the cluster of museums, theaters and concert halls that surround it.

The museum hosts an extensive and impressive collection of Russian art from the 12th to the 20th centuries. A walk through the museum is as much about the space itself as it is about the art on display. Here you can enjoy several paintings, icons and sculptures of Surkov, Vanetsov, Vrubel, Roerich, Goncharova Kandinsky to just name a few. Rooms are opulent with parquet flooring and gilded, painted ceilings. There is also a nice ground floor cafe to rest your feet after viewing the exhibitions at the Russian Museum.

Certainly, the museum is a real treat for art lovers, while the Palace is a beautiful building for your eyes to see. Just in front of the Palace, you will be greeted by the Bronze equestrian monument built for Peter the Great, which was designed by Bartolomeo Rastrelli in 1747 by order of Paul I with an inscription that reads, “From Great Grandson to Great Grandfather”.

The son of Peter III and Catherine the Great, Paul was fearful of assassination. Rather than reside in the Winter Palace where he didn't feel safe, he built this palace residence to guard and protect his security. Surrounded by the waters of the Moika and Fontanka Rivers, along with man-made canals, his new palace was only accessible by a drawbridge.

On March 12, 1801, only 40 nights after moving in, Paul was assassinated in his bedroom by a group of officers who had been dismissed from service. When Paul resisted their demands for abdication, he was struck with a sword and strangled. It is believed that Paul's son, Alexander I instigated the coup, as he was in the palace ready to receive news of his accession from one of the assailants, General Nicholas Zubov.

After Paul's death, Alexander and his family moved back to the Winter Palace, leaving the Mikhailovsky Palace abandoned until 1823 when it was given to the Army Engineers School.

You can purchase tickets online prior to your arrival through the official website, or at the ticket office inside the building. Please keep in mind that ticket offices close half an hour earlier. The museum is closed on December 31 and January 1.

Being centrally located, you can reach the Palace and Museum easily on foot from Nevsky Prospekt. On the contrary, you can take the bus, trolley, or the metro if you can't or don't want to walk.

Admission: Adult 800 Rubles; Student 400 Rubles (Russian Museum). Ticket to two branches of the museum 350 - 750Rubles. When visiting the website above there is a special offer where you can buy an All-in ticket to Mikhailovsky Palace, Marble Palace, Stroganov Palace, Mikhailovsky Castle within 3 days for 500 Rubles - 1,000Rubles. Prices per person.

Accessibility note: Many sections of the palaces and museum are wheelchair accessible.

Our picking list of Hotels nearby the Mikhailovsky Palace 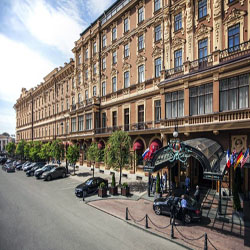 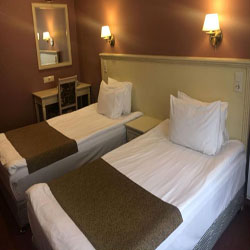 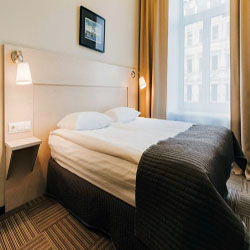