The Beloselskikh Belozerskikh Palace is one of the most beautiful private residential palaces in the city of St. Petersburg.

Across from the famous Anichkov Bridge on the corner of Nevsky Prospekt and the Fontanka River Embankment, lies the attractive Beloselskikh Belozerskikh Palace. A masterful Baroque architecture, which is marked by a series of atlantes sculptures on the exterior, make this palace clearly distinguishable from other royal estates of the Imperial era.

Originally a modest Parisian-style home, it was passed on to Mikhail's son, Prince Alexander Mikhailovitch Belosselsky, a close friend to Emperor Paul I, who revived the ancient title of Prince of Belozersk for his friend, thus naming the family Belosselsky Belozersky permanently.

By 1848, the Beloselskikh Belozerskikh Palace was known as one of the most lavish residences of its time and Elena Pavlovna's reputation as the best hostess in the city made it one of the most popular places for elaborate balls and musical concerts.

By 1884, the family was burdened by palace expenses and sold it to Emperor Alexander III, who gave it to his brother, Grand Duke Sergey Alexandrovich and his bride-to-be, Elizabeth Feodorovna as a wedding gift.

The Beloselskikh Belozerskikh Palace host the Museum of the Formation of Democracy in Modern Russia, a tribute to St. Petersburg's first elected Mayor, Anatoly Sobchak. A guided tour inside the Palace will walk you through decorated rooms and enjoy the amazing history and historical architecture and art work visible as soon as you step it.

The Grand Palace is made of  the following decorative state rooms:

From its beginnings the Beloselskiy Belozerskiy Palace has been gifted, inherited, bought and sold in a long line of lineage, starting in 1747 with Prince Mikhail Andreevitch Belosselsky during the time of Empress Elizabeth.

Then governor of Moscow, Sergey's conservative ideas clashed with leftist revolutionaries and he was assassinated in February 1905. Elizabeth joined the nunnery and willed the palace to Grand Duke Dimitri, who sold it to the soviets on the eve of the October Revolution. It soon became the headquarters for the Regional Committee of the Communist Party in the Center for Leningrad. While suffering damage during WWII, the interiors survived intact and were restored to their original beauty in 1954.

The Beloselskiy Belozerskiy Palace has been just recently opened to the public and is possible to visit only on a guided tour. Usually the tour last one hour and is held in Russian. Tickets are not available online!

The palace is easily accessible by different metro stations providing service in the city center.

Admission: Tours of the palace are given only by prior arrangement. Scheduled times for Russian-language tours are published on the palace's website. Cost of a tour is usually 200 Rubles.

Photo and video: Photography is allowed in some rooms and is free of charge.

Accessibility note: Sorry, this museum is not wheelchair accessible.

Our picking list of Hotels near the Beloselskiy Belozerskiy Palace 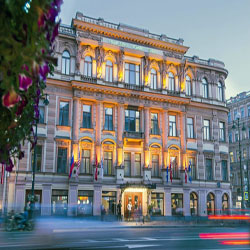 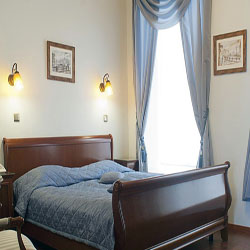 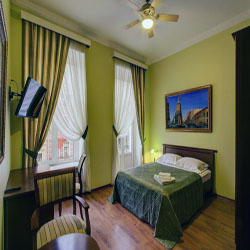