The Yusupov Palace
More Than Just an Opulent & Historical Place!

The Yusupov Palace is both grand and impressive, but it’s probably mostly known as the infamous place where Rasputin was murdered.

Also known as the Moika Palace, the Yusupov Palace directly overlooks the embankment of the Moika River in the heart of St. Petersburg. Built-in 1776, the original design of this majestic palace is credited to Jean-Baptiste Vallin de la Mothe, and although its beauty rivals estates of the Imperial Dynasty, this palace's fame lies foremost with the murder of Grigori Rasputin.

Aside from Rasputin's fate, the Yusupov Palace has historical significance in the world of art.

In the 1830s, after the Yusupov family took ownership of the palace, they hired architects Emilio Sala and Andrei Mikhailov to remodel it in the baroque style we see today. Felix Yusupov was, at one time, the wealthiest man in Russia and his immense fortune also enabled the family to procure a vast collection of valuables; approximately 40,000 pieces of fine art, jewelry, and sculptures, including priceless works by Rembrandt.

After the Bolshevik Revolution, the palace was nationalized and many pieces were moved to The Hermitage Museum. In 1925, the Education Commissariat of the Communist party took control of the palace and made it a public museum so Soviet citizens could see the luxury enjoyed by the Tsar’s and nobles.

Today, it remains open to the public for cultural and historical education.

The Palace is immaculately cared for and very beautiful. Those drawn to the intriguing stories can see the “Rasputin Rooms” through guided tours and audio guides that take visitors behind closed doors, into secret passageways and to the dining room where Rasputin had his last meal. Wax mannequins characterize how events may have occurred, to include the bullet wound to Rasputin's forehead.

That said, the Yusupov Palace can be an interesting place to visit if you are even the least bit into Rasputin’s life and death. Personally speaking, it is really worth adding to a tour list of attractions, if you have time at your disposal.

a look inside a the yusupov palace

Interested to visit the Yusupov Palace? If so, click on the links below or scroll down the page to learn more.

The Yusupov Palace is most famous as the scene of the assassination of Grigory Rasputin, and one of the aristocratic homes in the city to have many of its original interiors. Before it was owned by the Yusupov Family, who lived before the October revolution, while today it has become a private museum open to the public.

For your information, the first part of the Palace is all about Rasputin. A collection of photos and items displays his relationship with the Tsars and his death along with an amazing wax- work figures setting the scene of how Rasputin died. The models constructed as representations of the people involved are not only life-size but very lifelike.

The second part of the Palace instead is about an introduction into one of the wealthiest aristocratic Russian families, the Yusupov family, who were very wealthy and friends with the Russian Royals. Posher rooms, the dining room, the ballroom, gallery rooms, and a small impressive theater are there to be seen together with an outstanding art collection. As would be expected of a Palace, the rooms are sumptuous and elegantly furnished, so very pleasant for your eyes.

In no particolar order, once inside you can see the following exhibits:

Known as a mystic healer who befriended Tsar Nicholas II and his wife Alexandra Feodorovna, historical accounts reveal that Alexandra was loyal to Rasputin because she believed he could heal their son Alexai's hemophilia. But Rasputin's influence over the royal family, along with his eccentric public behavior, gave rise to suspicions that he was a threat to the empire.

On December 30, 1916, a group of nobles, led by Prince Felix Yusupov, lured Rasputin to the Yusupov Palace wine cellar and gave him a glass of wine laced with cyanide. When the cyanide had no effect, they shot him and dumped his body into the frozen waters of the Neva River.

It is interesting to know that the Russian Revolution occurred shortly after Rasputin’s death and the property of the nobles was seized. In 1925 the palace subsequently became a museum.

You can purchase tickets online from the following website: http://tickets.yusupov-palace.ru/en, or at the ticket office inside the building. Please be aware that ticket purchase at the Palace close 10 minutes before the start of the tour.

You can get to the Palace by Metro, by Bus, and by Trolley, or even on foot, if you stay on Nevsky Prospekt. The Palace is located in the central part of the city at the corner of Glinka Street and Moika River embankment.

If you go by metro, get off at the Admiralteyskaya or Nevsky Prospect Stations. If you are staying close to the following subway: Sadovaya, Sennaya, and Spasskaya, then take the marshrutka number K124, K186, or K35.

Our picking list of Hotels nearby the Yusupov Palace 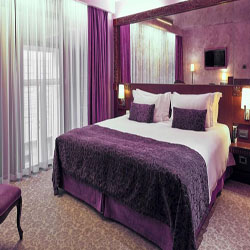 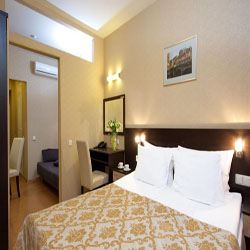 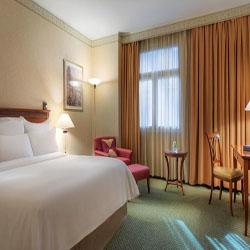