Parks in St Petersburg russia
12 amazing parks anyone should visit

Discover the most fascinating parks in St Petersburg Russia with our list below and enjoy a nice stroll during your Russian holidays.

There are over 200 parks in St Petersburg that give a final touch to the atmosphere, looks, and soul of the Northern Capital of Russia. That's why the city is considered one of the greenest Russian cities. But these charming parks and gardens are not there just to please the eye; each and every one of them serves also as a recreational oasis providing diverse activities for locals and visitors.

Whatever park or garden you choose to go can be ideal for breathing fresh air, enjoy decorative art sculptures or simply relax. Some parks are more popular, others are less, but overall they all are worth seeing.

Among the most popular you can find the Summer Garden (the first park to be built in the imperial city by Peter the Great), the Michael Garden, the Tauride Garden, and the Field of Mars. All of them are centrally located; while just in the city's suburbs you can enjoy a stroll through the awesome parks of Peterhof and Tsarskoye Selo, which are famous worldwide.

There are also parks less popular and still unknown among tourists, such as the Central Park of Culture and Leisure on Yelagin Island, the Maritime Victory Park on Krestovsky Island or the Moscow Victory Park in the south of the city, including our favorite one, the lovely Sosnovka Park.

The best time to plan a stroll in the park or visit a garden is during the summer when the weather in St Petersburg is warm and sunny. But if you are one of those travelers who don't mind the cold and love walking on the snow, or sliding on ice, then the winter can be also a good time to come. So regardless of when you come, don't miss the chance to visit one of the parks in St Petersburg presented on this page.☺

our favorite LIST OF GARDENS AND PARKS
IN ST PETERSBURG

With so many gardens and parks in St Petersburg, it can be really hard for you to visit all of them or know which one to see, especially if you are a first-time traveler. So to help you choose, we compiled a list of what we think are the most beautiful parks in the city worth visiting. Eventually, we may also add a new list, but in the meantime, we hope this list will help you decide which of them will make it to your sightseeing list.

To get started just click on the links below or scroll down the page. 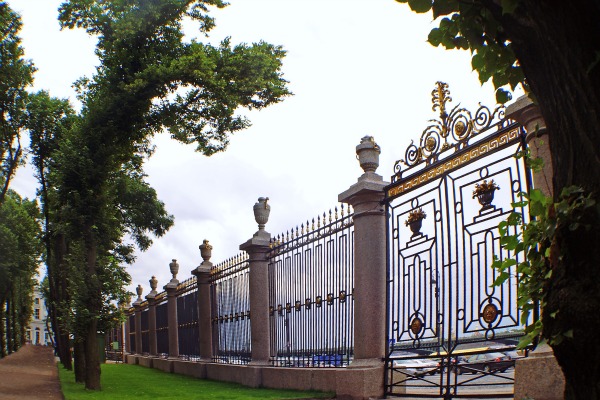 The Summer Garden: One of the nicest parks in St Petersburg.

With its marble sculptures, lining flowers, tall trees, fountains and ponds, the Summer Garden is a masterpiece of early Russian Baroque style and the finest landmark in Saint Petersburg Russia. As the oldest and one of the most famous parks in St Petersburg, this is the place to go for must-see anyone wishing to feel the city's Petrene atmosphere. If you go, make sure you visit the Summer Palace. 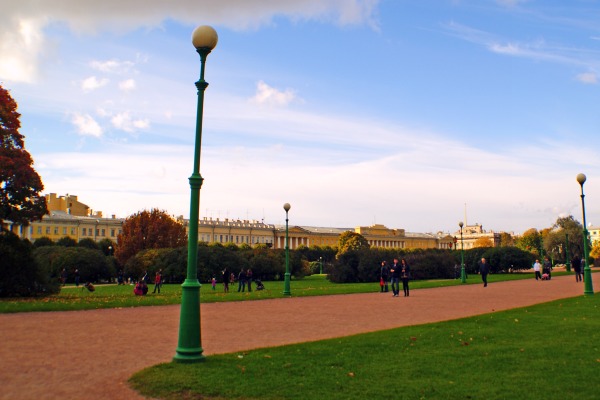 The Field of Mars

The Field of Mars is one of the most beautiful and architectural parks in the heart of the city that you can't miss. The eternal flame of the Monument to the Fallen Fighters of the Revolution and gardens of flowers will definitely catch your attention. Once a place for military parades, popular festivities and military drills, today a burial site for the soldiers killed during the Russian Revolution in 1917, as well as a tourist attraction. 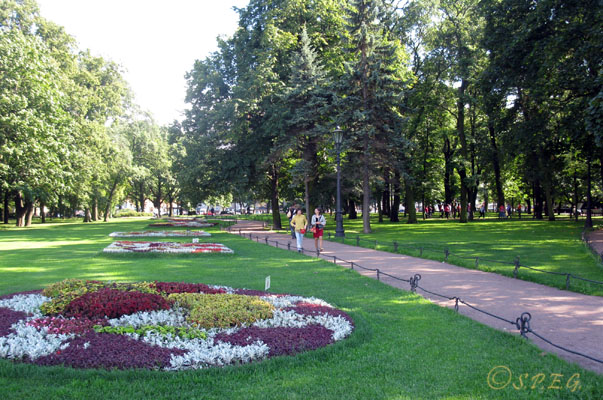 Named after Tsar Alexander II and built on one of Saint Petersburg’s first boulevards, Alexander Garden is a wonderful and well preserved Russian park located next to Winter Palace and behind the Admiralty. The park was a fashionable place to meet among the Petersburg aristocracy and Russian writers of the past. Today, it offers the same atmosphere as it did in the past, plus it's a great place to enjoy a relaxing stroll. 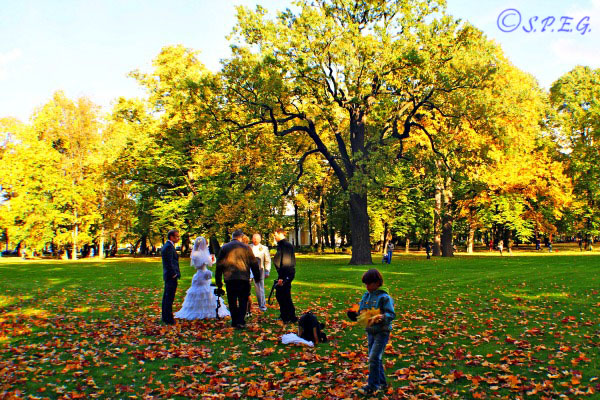 The Micheal Garden: One of the most beautiful parks in St Petersburg.

Offering a unique combination of two styles of landscape gardening - French formalism and English landscape, the Mikhaylovskiy Garden is one of the most elegant and pleasant gardens in the city. Located near the famous Church of the Savior on the Spilled Blood, this is one of the best parks in St Petersburg which demonstrates the landscape architecture of the 18th and early 19th centuries. A great places for wedding photos very popular among locals. 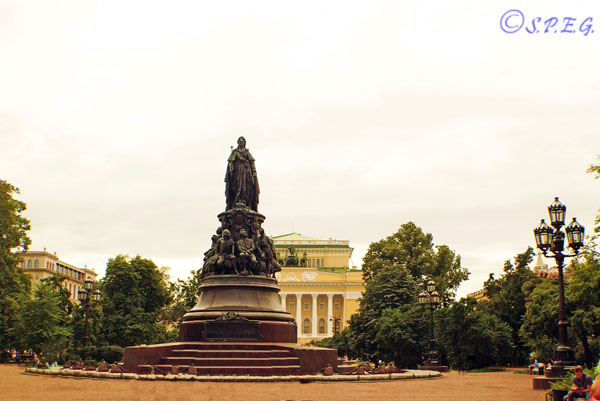 Built by the famous Italian architect Carlo Rossi as part of the Ostrovskiy Square complex, the small Catherine Garden, which is located on Nevsky Prospekt, is now one of the most popular spots among young people and very busy with tourists. Inside this small Russian park stands an impressive monument to Catherine the Great, and just behind, the oldest and stunning National Alexandrinsky Theater. 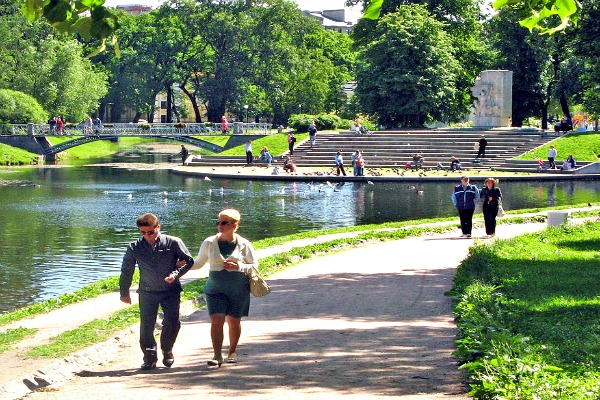 Built in 1789, the Tauride Garden is a beautifully landscaped garden covering a vast green area with a meandering history. The park is located behind the Tauride Palace, from which it took its name. Designed in true romantic style to imitate nature, with ponds and canals and a nice rolling landscape, today the park is considered one of the most picturesque parks in St Petersburg where anyone can enjoy a stroll or relax with the whole family. 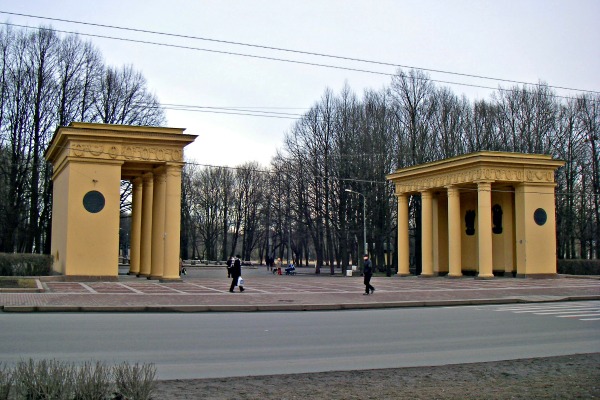 Founded in 1945 to remember the suffering of Leningrad residents and the victory of Russia in World War II over the German Nazis, the Moscow Victory Park is another beautiful, but moving park to explore. The best part of the park is the so-called Avenue of Heroes, the main alley which is lined by outstanding flower gardens and bronze statues of people twice awarded the titles of "Hero of the Soviet Union" and "Hero of Socialist Labor". 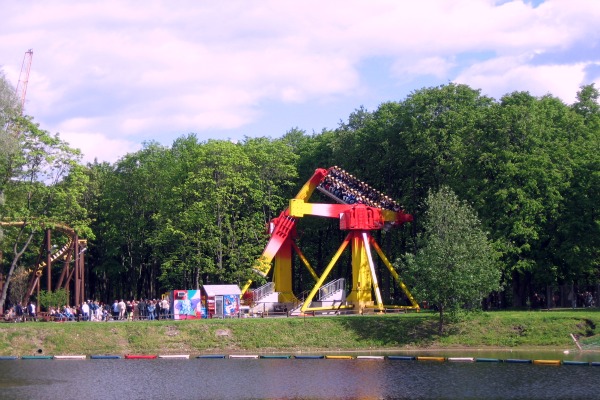 The Maritime Victory Park: one of the most funny parks in St Petersburg.

Situated on Krestovsky Island, one of the most popular and fun islands in the imperial city, you can find the Maritime Victory Park. A place home to several attractions, night clubs, restaurants, amusements and even a nice little beach which gets pretty busy in summer. Opened in 1945 to commemorate the victory over Nazi Germany in World War II, the park is also a good place to take a romantic stroll, ride a bike, or go skating. 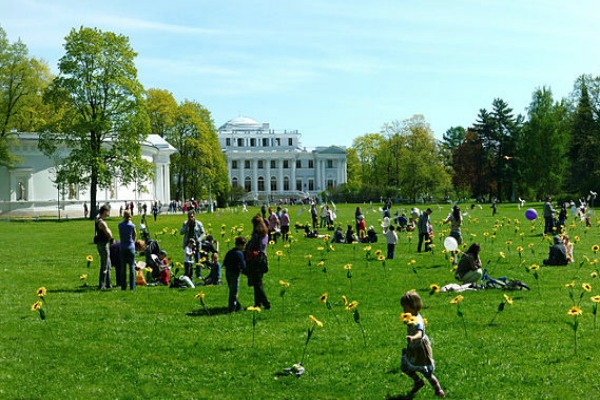 The Kirov Central Culture and Leisure Park is a beautiful park created in 1932 on Yelagin Island. Surrounded by green large fields and woodland, this park was once one of the favorite places of the Tsars to hang out. Particularly beautiful is the western tip of the Island, which in 1926 was remodeled as a granite terrace, with statues of lions on high pedestals. Today the park has become the best spot for locals, who come here to spend their free time relaxing with family, kids, and friends. 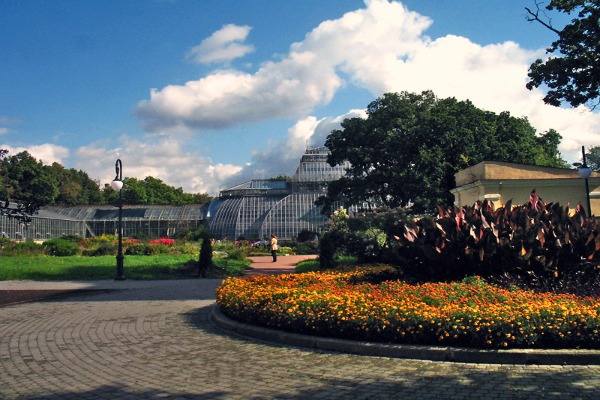 Located on the Petrograd Side of the imperial city, the Botanical Garden is the oldest botanical garden in Russia, and now a branch of the Russian Academy of Sciences in Saint Petersburg. The Garden was founded in 1714 by order of Peter the Great as the Apothecary's GardenAlso known as the Botanic Gardens of the Komarov Botanical Institute, this is the right place to come if you love palms, bamboo, conifers, orchids or other unusual plants. 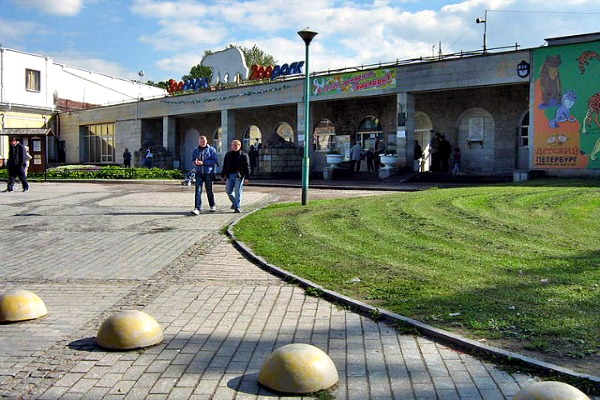 Founded in 1865 by two animal lovers – Sofia and Julius Gerhardt, the Leningrad Zoo is considered one of the oldest zoos in the world and the second- largest zoo in Russia with 2,000 animals from 410 species. If you like visiting zoos and you are exploring Petrograd Side, then why not plan a visit here and say hello to the Polar bears and giraffes. Your kids will love it!☺ 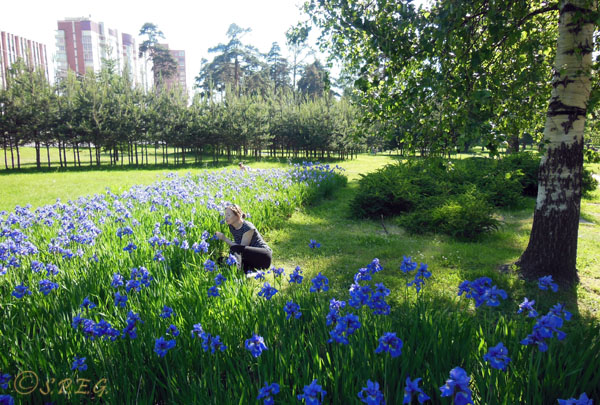 The Sosnovka Park: One of the largest and natural parks in St Petersburg.

Sosnovka Park is not only the biggest and greenest park in the imperial city but also one of our favorite parks in St Petersburg. Once an important Russian military airport, today it is a popular place to hang out for locals living on the north side of the city. If you want to feel like you are in the middle of a forest, and you love walking, or riding a bike, or eating out while surrounded by tall trees, squirrels and garden flowers, then make sure you come here.