The Field of Mars is one of the largest and most famous squares of St Petersburg with a long and varied important city's history.

Located at the south side of the Trinity Bridge in the heart of St. Petersburg between the Summer Garden and the Mikhailovsky Garden, this famous square has been used for many purposes and had various names throughout the centuries, beginning with Peter the Great, who created the park and called it the Grand Meadow.

Nearly as old as the city, the park's long history spans from 1768, when the Marble Palace was built, all the way to 1957, when the first eternal flame was lit to honor those who died in the Russian Revolutions.

Favored by the Imperial nobility, many purchased residential properties surrounding the park. As time passed, Peter's successors, Empresses Anna and Elizabeth built their palaces here and recreated the open space with pavilions and promenades, while theaters and more townhomes popped up along the park's perimeters and the Neva River. During this time, it was renamed the Tsarina's Meadow.

In 1777, following a destructive flood that ruined the gardens, the grounds were again used for Imperial Russia's military training. During the reign of Emperor Paul I and his son, Alexander I, monuments for the military were installed and its role in hosting martial events was reinstated. In 1805, it was renamed the Field of Mars, after a memorial statue honoring Russian military captain and hero Alexander Suvorov was built and placed in the square. The long-cherished memory of Suvorov's victories was supported by the belief that he was the incarnation of the ancient god Mars.

Today it has become somber, but a hopeful place - a pleasant spot to relax and pay respects to the victims of war, worth a stop if you have time to spare.

a better look at the field of mars

More About the Field

Must- Have Travel Resources

more about the field

The Field of Mars is a huge open space commemorating the wars and revolutions which have occurred in Saint Petersburg. At the center of the park there is an Eternal Flame and just around you can find a Monument to the Fighters of the Revolution, Barracks of the Pavlovsky Guards, and the Suvorov Statue, one of the military leaders of the 18th century.

During the reign of Peter the Great, the grounds were designed with paths for walking and riding and used for military occasions, parades and festivities to celebrate Russia's military victories. Over time, the park became a dust bowl from military exercises and Suvorov's statue was moved to Suvorovskaya Ploschad. Following the 1917 Revolution, a "Monument to the Fighters of the Revolution" was erected and the park was renamed Victims of the Revolution Square by the Soviets.

On January 13, 1944, after the fall of the Soviet Union, the former title, Field of Mars, was restored and on November 6, 1957, the first eternal flame in Russia was lit atop the monument memorializing those who lost their lives during the Russian Revolutions.

The Field of Mars bears the name of the God of War Mars after the plain near ancient Rome which served for similar purposes - in the 19th century it was the place where the military parades and drills took place. At the end of 19th century, the field was turned into a square, where the meetings and different kinds of rallies took place. It became a public square.

After the February Revolution of 1917, 180 people who had perished during the streets clashes were buried here in a common grave. Later, several graves were added after the Civil War. In 1919, a granite gravestone designed by Lev Rudnev was installed in the middle of the Field of Mars and in 1920 the square was turned into a huge garden. In 1957, the Eternal flame was lit in the middle of the square.

Around the Field of Mars, there are also beautiful buildings that help to create the magnificent ensemble of the square, such as the Marble Palace.

There is no need to buy tickets as the Field of Mars is an open place open to the public.

Upon exiting the metro station, follow the Griboedov Canal towards the Church of Our Savior on Spilled Blood. From the church head toward the Moika river and cross the Troitskiy (Trinity) Bridge. The Field of Mars is directly in front of you.

Open: All the time except during specific events

Our picking list of Hotels nearby the Field of Mars 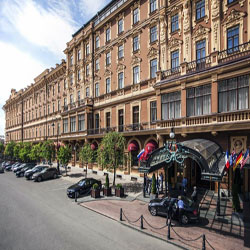 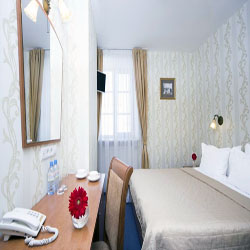 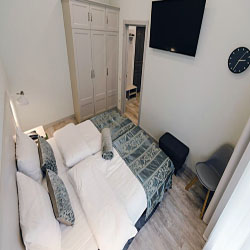