Here is our St Petersburg facts page to help you get a quick idea of Saint Petersburg Russia.

On this page, we present you with a quick summary of the most important and interesting things about the cultural and historical city of St Petersburg in Russia.


That said, there are two kinds of St Petersburg facts you should know: general facts and interesting facts. The first section gives you a quick overview of the city in general, while the second section tells you interesting things about our city that you may hardly find in a guidebook or any other travel website.

This is our St Petersburg facts page brought to you by Davide and Anastasia, the founders of st-petersburg-essentialguide.com.☺ 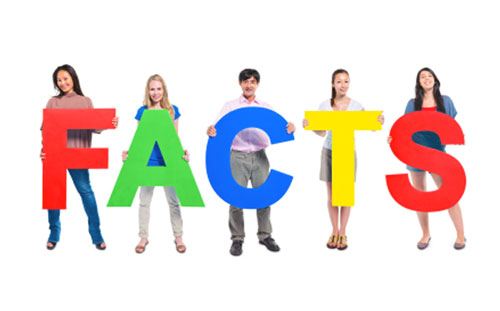 Today, Saint Petersburg is one of the most actively developing regions in the country and the best place to live in Russia. In fact, over the past years, it has become a great place to live, work, and study for many Russians and foreigners.

Thanks to its advantageous geopolitical position, a well-developed transportation system, its vast treasure-house of art, and a newly diversified economy, the city has great potential for economic growth. At present, it is the second-largest economic, academic, and scientific center in Russia. In addition to that, there is also a lot of beautiful women (not only in St. Petersburg but in the whole country), so for a single man looking to settle down, this country can be very rewarding.

St. Petersburg Russia was founded by Tsar Peter the Great on May 27, 1703, and built upon numerous islands.

This Russian city was to be from its inception a display of imperial Russia’s growing status in the world. Fine-tuned by Peter’s successors, who employed a host of Italian architects to add fabulous palaces and cathedrals to the city’s layout, St. Petersburg grew to be the showcase capital of the Tsar family the Romanovs, as well as Russia’s first great, modern city.

St Petersburg Russia is located in Northwest Russia on the Neva River, at the head of the Gulf of Finland on the Baltic Sea. Its location and proximity to European countries make it known as “The European Arch” of Russia. Due to its 10% of inland waterways, St. Petersburg is also sometimes referred to by its poetic alias “Northern Venice” or "City of Bridges".

You should also know that this Russian city lies in the River Neva lowlands, on a flat plain ranging from 3-4 meters above sea level. In general, the geographical position of the city is not considered bad, despite its exposure to flooding. On the contrary, Saint Petersburg has a favorable geopolitical location due to its access to the Northern Sea and the Atlantic Ocean.

Saint Petersburg experiences a coastal climate due to its proximity to the Atlantic Ocean, characterized by moderately warm, humid summers and long, cold winters.

You should know that the weather in St Petersburg is nevertheless changeable in all seasons. In general, the summers are cool, humid, and quite short, while the winters are long and cold, but with some warm spells.

During the winter, temperatures can drop below -6°C to -20°C or lower, and the snow can last an average of 132 days. The Neva River begins to freeze in the middle of November and the ice starts to break up only in April, while in May, the temperatures increase up to 18 degrees and the city starts to warm up. During summer, the average temperatures are around 20-25°C, with the highest in July and August. We can sum up saying that the city offers 4 different and beautiful seasons.

You should know that the flag of St. Petersburg has a red background with two silver anchors crossing each other and a gold scepter placed in the middle. The anchor on the left represents the sea, while the anchor on the right represents the river. Together they reflect the fact that the city has both rivers and seaports. The scepter means instead that the city was the former capital of Russia. All together they are called the arms of the city! The flags of St. Petersburg are flown on the streets during important Russian holidays, such as Victory Day.

You should know that St. Petersburg is the largest city in the North-West Region and the second-largest city in the country, covering an area of approximately 1.439 km². The city stretches for 44 km north to south and 25 km east to west, with an industrial area of 240 km².

The population of the city of St. Petersburg is overwhelmingly Russian. Its density is 3.3915 inhabitants per square km with a total population of 7 131 942 inhabitants at the time of updating this page (2018). It mostly consists of Russians (90%), as well as Ukrainians, Jews, Belarussians, Poles, and Karelians. Population growth is mainly due to the increase in immigration. The number of migrants in the city has swelled to 800 000 people from Ukraine, Azerbaijan, Uzbekistan, Tajikistan, and Kyrgyzstan. The employable population is about 4 000 000.

Obviously, you know that the Russian language is the most spoken language in Saint Petersburg and it is the official language of the country. But maybe you don't know that English is spoken too, even if only among the young people and not always very well.

The Russian ruble or roubles is the currency of the Russian Federation and the two partially recognized republics of Abkhazia and South Ossetia. Formerly, the ruble was also the currency of the Russian Empire and the Soviet Union before their dissolution. In almost all hotels, many restaurants, and all major streets in St. Petersburg you can find reliable exchange counters, many of which are open 24 hours.

Despite various ethnic differences in Russia and the official repression of religion by the Soviet authorities for most of the 20th century, Russian Orthodoxy is still the dominant religion in Russia today. According to the poll carried out by all Russian Center for the Study of Public Opinion in 2010, 75% of Russian citizens consider themselves Russian Orthodox Christians.

A much smaller number are active participants in church activities, but the observance of key holidays is increasing. The Russian Orthodox Church has always been institutionally powerful, aligned with the state since Kievan times and even in the Soviet times, when it was allowed to function within strict limits. However, the recent revitalization of religious identification and practice has been swift and brought back to other religions such as Islam, Buddhism, Catholicism, and Judaism.

If so, read also our list of top interesting St Petersburg facts below.☺

What else to say?

Another thing to add is that one of the most important St Petersburg facts is that the culture in Russia is central to St. Petersburg. For many Russians it is a key factor of social stability and inter-ethnic and interdenominational harmony, providing an outlet for the city’s creative potential and driving the personal development of its citizens and betterment of the entire community.

We hope our St Petersburg Facts page was helpful for you!