Vyborg is a quaint provincial town embodying a mix of Russian, Finnish, Swedish and Soviet history.

Nestled on a peninsula at the tip of Vyborg Bay where the Saimaa Canal meets the Gulf of Finland, this port town has been a prized trophy in various wars and treaties between Russia and the Nordic countries since the 13th century.

Evidence of this can be seen in the diverse architecture that adorns the city, particularly in Old Town, where romantic cobblestone streets weave in between buildings constructed from the medieval times down through the ages.

An idyllic tourist destination, Vyborg invites visitors to spend hours browsing its charming shops, stopping at a cafe for a quick beer and pretzel, or lingering over a plate of smoked meats and cheese at their leisure. Many attractions are found in this scenic city, but Vyborg Castle is the centerpiece of its dynamic history.

Built in 1293 by the Swedes who took the land from the Finnish Karelian tribe, the castle was used to disseminate the teachings of Christianity. Until 1323, Sweden and the Novgorod Republic fought for it, but it remained under Swedish rule until 1710 when captured by Peter the Great in the Great Northern War. In 1721, transfer of the town was completed and in 1809, Finland ceded to Russia.

Vyborg Castle and its small museum stand as a memorial to these events, with St. Olaf's Tower offering impressive views of the town. After sightseeing, visitors like to spend time at the newly revitalized Monrepo Park, where tranquility is found by the water and relics of the past.

a look inside vyborg

Interested to go to Vyborg? If so, click on the links below or scroll down the page to learn more.

More About the City

more about the city & its attractions

Vyborg is situated just 40 kilometers south of Russia’s border with Finland and 174 kilometers from St. Petersburg, making it an easy day trip both by train, by bus, or by car. The city is full of medieval, art nouveau, and soviet modern architecture that reflects its turbulent past. When you visit the city you will surely feel the influence of the footprints of the Swedes, Russians, Finns and Soviets.

Whether you will be exploring the old city on your own or you will be hiring a local tour guide you will come across the below attractions, which you can visit in one or two days.

You might find it interesting to know that Soviet leader Vladimir Lenin lived in Vyborg in 1917 between the February and October Revolutions and when the Russian Empire fell to the Bolsheviks, Finland reclaimed their independence.

The Soviet Union seized control again during the Winter War and in 1940, all Finnish residents were quickly evacuated back to Finland before the finalization of the Moscow Peace Treaty. In 1941, Finnish troops recaptured the town once more, but in 1947,  during the Paris Peace Treaty, Finland released all claims.

You should also know that in recent years the town was on the verge of oblivion, as dozens of abandoned historic buildings crumbled from disregard and a lack of funds for restoration. However, now the city is finally being brought back to life thanks to a 1.8 billion ruble (USD26.5 million) government-led restoration project supported by the BRICS-established New Development Bank.

You can and should buy tickets only upon arrival in the city at the ticket office for each site you want to see.

Buses are also available, although most services to Vyborg are on the way to Helsinki or other Finnish destinations, and arrive in Vyborg late at night. For your information, buses leave every half hour from a stop near Parnas Metro Station, with service to Vyborg taking around 2 hours.

Alternatively, you can go by car. The roads leading towards Finland have been recently renovated and should make for a smooth drive.

Currency Exchange: You can find ATM in the city center by Sberbank and Bank VTB 24. They work 24hrs a day.

Transportation:  There is only one bus and train station in Vyborg

Admission to sites: To buy on the spot

Photo & video: Is not possible to take photos or videos everywhere 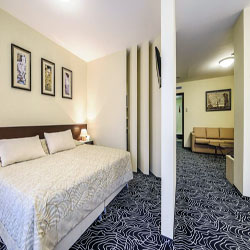 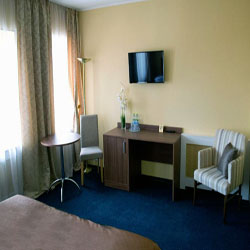 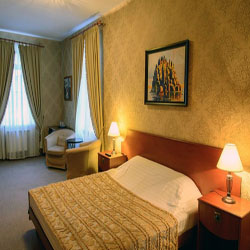 From Vyborg return to the Homepage