the kazan cathedral
A treasured attraction worth seeing!

The Kazan Cathedral is a treasured attraction so applauded, that famous writer Alexander Pushkin was inspired to comment on its stunning architecture and incredible beauty.

Paying homage to one of the most influential icons in Russian history, Our Lady of Kazan, the Kazan Cathedral is located in Kazanskaya Square on Nevsky Prospekt, right in the heart of St. Petersburg. 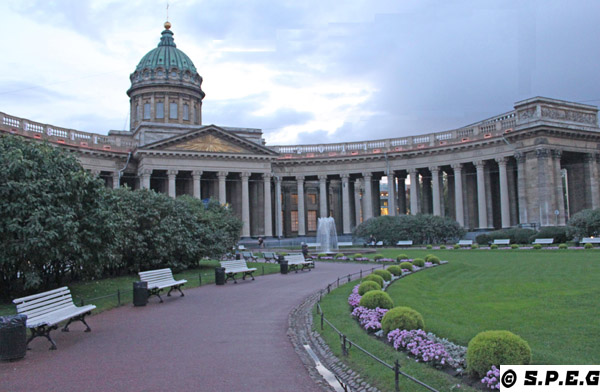 Originally built in 1801 on the site where the Church of the Nativity of the Holy Virgin once stood, this beautiful piece of architecture was created by drawing inspiration from the great Roman cathedrals.

Its construction was supervised by Alexander Sergeyevich Stroganov until Emperor Paul I stepped in to oversee its development and initiated a minor competition of famous designers to finalize the undertaking. A young Andrei Voronikhin was nominated to complete its design.

After a decade of construction, the cathedral was finished by Voronikhin. Although there were some orthodox Christians who raised concerns that one of their cathedrals had been modeled after the architecture of Catholic churches, Voronikhin had overwhelming support and many courtiers appreciated the empirical style that he breathed into his work.

The church was further championed when it became publicly known that all materials used in its construction came directly from Russia. Not a single stone was imported, which meant it was truly crafted for Russia by a Russian.  As such, it was casually named the Museum of Natural Stone by visitors, and to this day is considered a great architectural and political masterpiece.

The icon of the Virgin of Kazan that gave the cathedral its name is one of the most precious copies of a legendary icon that appeared in Kazan in the 16th century. The fate of the original is unknown, but this copy hosted inside the cathedral is now the most important icon in the Russian Orthodox Church and the number one attraction to see inside. It is believed that Peter the Great ordered the relic to be brought to St. Petersburg to protect Russia and consequently the Romanov dynasty, which is considered to work miracles.

a look inside the kazan cathedral

Interested to visit Kazan Cathedral? If so, click on the links below or scroll down the page to learn more.

MORE ABOUT the KAZAN CatHedral

This city's most majestic masterpiece boggles the imagination of everyone who see it. 71 metres high, 72 metres long, with magnificent colonnade, which resembles St Peter's in Vatican, it creates a wonderful square, one of the most beautiful and popular in the city. 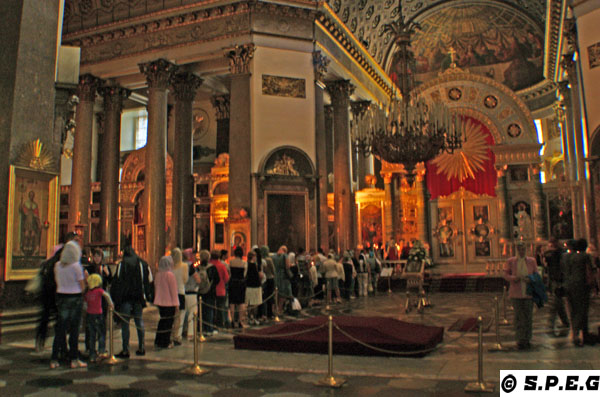 Inside the Kazansky Cathedral in St Petersburg, Russia

The bas-riliefs on the two wings of the building facing Nevsky Prospekt, tell stories of Moses parting the waters and the Brazen Serpent. These big bas-reliefs (about 15 metres long and 2 metres high) were created by famous sculptors Ivan Martos and Ivan Prokofiev.

However, these are not the only features that attract attention. For example, the grand doors of the northern portico are magnificent and will blow your mind as soon as you see them, while the colonnade, a favorite motif with professional photographers, has remained for almost two century perhaps the finest adornment of Nevsky Prospekt.

The interior of the cathedral consists of 56 red granite columns and mosaic floor made of Karelian marble. Orest Kiprensky, Vladimir Borovikovsky and other famous Russian artists worked on creating the unforgettable atmosphere of Kazansky Cathedral.

The Cathedral of the Icon of the Virgin of Kazan, one of the great masterpieces of Russian Classicism, is among the largest places of worship in Russia. It has its own atmosphere with icons and lit beeswax candles with streams of worshippers queuing to kiss the beloved icons. It is also the burial place of Field Marshal Kutuzov, one of heroes, without whom the victory against France would have been impossible.

You should know that the Kazan Cathedral played a critical role in the Franco-Russian war of 1812, when the church became an influence in the war against Napoleon. It is said that prayers directed to Our Lady of Kazan aided Commander-in-Chief, Mikhail Kutuzov, with achieving a great victory.

After the war subsided, the church became a memorial to the war. Following his death, a statue in tribute to Mikhail Kutuzov was placed at the entrance and his remains were interred in the church.

During the Bolshevik Revolution, the church was transformed into the Museum of the History of Religion and Atheism, a pro-marxist, anti-religious establishment. Upon collapse of the Soviet Union, the cathedral was reopened and in 1996, it was officially returned to the Russian Orthodox Church, which in my opinion is a must-see thing to do in St. Petersburg.

The entrance to the Cathedral and its surroundings is free. No need to buy tickets. However, if you wish to a have guided tour of the sight you should book in advance.

The cathedral is across from the Nevsky Prospekt metro station and by Gostiny Dvor. It is impossible to miss. Depending on where you are staying in the city, the cathedral can be reached on foot, if your hotel is located in downtown, or by Metro. Take the Metro to M. Nevsky Prospekt or Gostiny Dvor, exit and walk toward the House of Book on Fontaka river, just opposite you will find the Cathedral.

Remember that Kazan Cathedral is a place of live worship for Russian Orthodox believers.

You are allowed to enter the cathedral during service, but not permitted to take photos, as it is considered rude. Photos are allowed when the church is not in session. 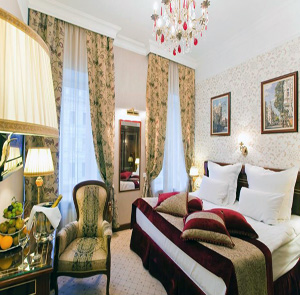 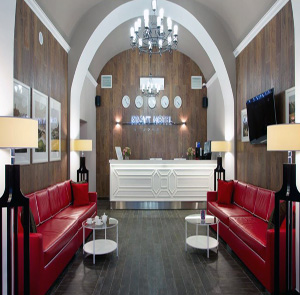 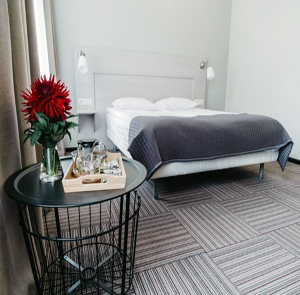