The Shostakovitch Academic Philharmonia
the centre of musical culture in St. Petersburg

The Shostakovitch Academic Philharmonia is home to a world-renowned symphony orchestra.

Located by the Mikhailovsky Garden and in the heart of Nevsky prospekt, the Shostakovich Academic Philharmonia has been in service since 1802, making it the oldest philharmonic venue in modern Russia and home to the distinguished world premiere of Ludwig van Beethoven’s Missa Solemnis in 1824.

Established by the first philharmonia society in Europe, the St. Petersburg Philharmonic Society, the building itself was designed by the architect Paul Jacquot and the facade was created by Carlo Rossi as part of his extensive project to redesign the surrounding area and the streets leading to the Mikhailovsky Garden.

With a seating capacity of over 1,500, locals and tourists not only flock to enjoy the outstanding symphony performances, they also come to enjoy the majestic interior and stunning decor.

The Shostakovich Academic Philharmonia has been the hot spot for St. Petersburg’s musical culture since the 19th century and it's popularity will continue to invite acclaim, entice sightseers and delight patrons for many more decades to come.

a look inside the Shostakovitch Academic Philharmonia

Interested to visit the Academic Philharmonia? If so, click on the links below or scroll down the page to learn more.

More About the Philharmonia

more about the academic philharmonia

During the time when the building was known as the Assembly of Nobility, it was used as a meeting place for local administration, but after the reforms in 1861, it became a high society club known for organizing events.

Not long after, it was transformed into a gathering place for musical geniuses and over time, hosted the impressive performances of famous musicians, such as Schumann, Wagner, Lizst, Mahler and countless others. Native born musicians, such as Tchaikovsky, Borodin and Mussorgsky also premiered and thrilled audiences here.

Upon the advent of the Soviet Union, the entire production was disbanded and in 1921, it was renamed the Leningrad/Petrograd Philharmonic Orchestra that housed diverse educational programs and a massive collection of musical scores called the Philharmonic Library. It became a renown house of orchestra history and the most famous one in Russia.

After the collapse of the Soviet Union, the building was named the Shostakovich Academic Philharmonia in honor of composer, Dmitri Shostakovich's ties to its history and for his legendary 1st Symphony, which premiered here. Today has become a popular venue for modern composers and an active tourist attraction.

Originally called the Assembly of Nobility, but now named in remembrance of the late, world famous composer, Dmitri Shostakovich, this building has a plethora of beautiful history behind it.

You can buy tickets at the box office inside the building or online through their official website.

Upon exiting the Metro, follow the signs for Mikhailovskaya Ulitsa which should be at the end of the underpass. The Philharmonia is on the right about 50m along the street.

The Small Hall and Grand Hall are two separate buildings with the same name so their history gets very intertwined.

No need to dress formally to attend the performance, but keep in mind that shorts and t-shirts are not allowed. Our advice is don't dress too casual neither too formal. Stay in between!

Our picking list of Hotels nearby the The Shostakovitch Academic Philharmonia 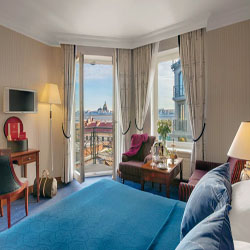 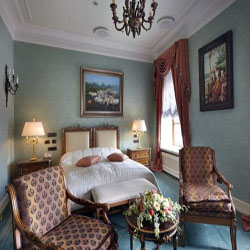 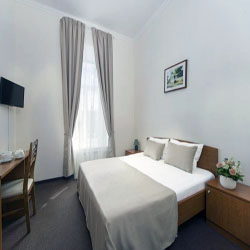