the trinity cathedral
A Local Sheer beauty of blue and white

The Trinity Cathedral is one of the most impressive cathedrals in the city due to the five blue domes with glittering golden stars on them.

Set near the banks of the Fontanka River, the royal blue domes of the Trinity Cathedral dominate the sky. Also known as the Troitsky Cathedral, this statuesque temple can not only be seen from a distance, it's a monumental church known to every citizen of St. Petersburg and the place where famous writer, Fyodor Dostoevsky married Anna Snitkina in 1867.

Built between 1828 to 1835 to honor the Izmailovsky Guards Regiment who were garrisoned next door, this tribute to their service was designed to replace the wooden church that once stood on the site.

Ordered by Empress Elizabeth and supervised by architect Vasily Stasov, the facade's snow-white walls and impressive columns welcome visitors to enter and view the marble plaques commemorating the names of regimental officers who lost their lives during major battles, as well as other memorabilia from their military campaigns.

Inside the walls are plain but there are many gold-framed pictures and icons to admire, while outside, you can view the memorial Column of Glory, which is comprised of 128 Turkish cannons that are exact replicas of the 1886 originals previously destroyed by Stalin.

The Trinity Cathedral is not as well-known to tourists as the churches situated at the center of attractions, so it's not as busy. Visitors are welcome to attend mass and those who have said the singing is wonderful and participating with local worshipers were unforgettable.

a look inside the trinity cathedral

Interested to visit the cathedral? If so, click on the links below or scroll down the page to learn more.

more about the cathedral

Once home to a splendid collection of icons, to include many silver crosses dating back to the 18th century, the cathedral met with the unfortunate impact of the 1917 Bolshevik Revolution. In 1922, its lavish interior was ravaged and destroyed, and for many years, thieves continued to loot its treasured contents. In 1938, it was closed, transferred to the Soviet Ministry of Telecommunications and used as a storage facility. From there, it was left neglected.

It wasn't until 1990 that The Trinity Cathedral was returned to the Russian Orthodox Church and restoration began. In 2006, while reconstruction was in progress, it suffered misfortune  again when the large dome caught fire and collapsed.

Despite the setback, restoration continued and the cathedral was reopened in 2010. Although the original interior works can never be recovered, new stunning icons of The Nativity and Jesus Christ have now returned The Trinity Cathedral to a place of reverence and beauty.

Located on the northern face of the cathedral is the monument honoring Russia's victory in the Russo-Turkish War from 1877-1878, when Bulgaria was liberated from the Ottoman Empire.

The cathedral became part of the St. Petersburg World Heritage Site in 1990.

There is no need to buy tickets as the entrance to the cathedral is free of charge.

Located south of the Admirality on Izmaylovskiy Prospekt near the Teknologicsheskiy Institute just south of St. Nicholas' Cathedral. Because the church is not part of a main bus or boat route, there are limited public transportation options. Taxi service is an option or visitors can take the metro, exit at Tekhnologicheskiy Station and walk the short distance.

Our picking list of Hotels nearby the Trinity Cathedral 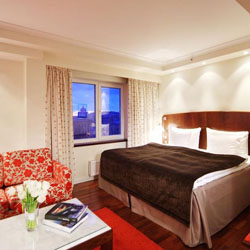 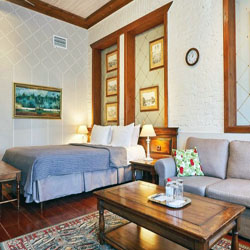 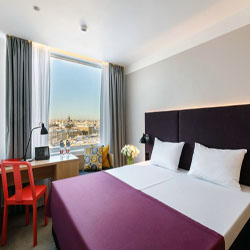