The Mikhailovsky Theatre is one of the city's top theatres offering an amazing repertoire of classic ballet and opera.

Located in Arts Square at the heart of St. Petersburg lies The Mikhailovsky Theatre, a place where the arts and history blend beautifully together. Gaining recognition for its Soviet era history, the theatre has played an integral role in every era of Russian culture.

Built by Tsar Nicholas I in the early 19th century and named for Grand Duke Michael Pavlovich, this elegant theatre was designed and constructed by local architect and artist Alexander Brullov. Born in St. Petersburg and trained in Europe, Brullov was one of the chosen architects assigned to the reconstruction of The Winter Palace following the fire of 1837.

Although the theatre never had its own company and outsourced its venue to French performers and Russian performers from rival theatres like the Mariinsky Theatre, it was in no way overshadowed. Many famous performers made appearances here, such as Sarah Bernhardt, Rachel Felix, Lucien Guitry and other acclaimed French actors. Famous singers, such as Hortense Schneider also graced its stage.

Over the decades, the theatre has been home to the influential plays of Victor Hugo, Alexandre Dumas and Jacques Offenbach, as well as frequented by Leo Tolstoy and other famous Russian aristrocrats.

Today, visitors comment on the fascinating history, art and culture behind the beautiful Mikhailovsky Theatre. Though not in the forefront, it holds its own glorious and permanent place in the heart of St. Petersburg.

a look inside the Mikhailovsky Theatre

Interested to visit the Mikhailovsky theatre? If so, click on the links below or scroll down the page to learn more.

More About the Theatre

MORE ABOUT THE THEATRE

Situated in the famous building Mikhailovsky Palace in downtown St. Petersburg just right across from the Russian Museum the theater combines classical traditions with bold creativity and innovative experiments. It is a very beautiful theatre with some extremely talented performers and musicians, and the location is very nice as it is close to the Field of Mars and Nevsky Prospekt.

In 1902, the theatre became part of The Russian Museum, but in 1917, after the Bolshevik Revolution, all French performers were forced to leave Russia and it was shut down. The closure was short lived, however, and in 1918, it re-opened under a series of name changes.

Today it is one of the oldest and charming musical theater in St. Petersburg as well as one of Russia's most distinguished music venues due to its rich history and lavish luxury. Thanks to several years of serious investment it can now rival theatres such as the famous Mariinsky and Alexandrinsky Theatre. Visitors say that everything from singing to music to the decorations is amazing, so if you are in the city don't miss it.

During the Soviet era, it was championed as a premier venue in the experimental stages of the new Russian musical theatre. Many important plays lit up the marquee and Shostakovich launched his career here as well. Shostakovich’s The Nose, Vsevolod’s The Queen of Spades and Prokofiev’s War and Peace were all performed in the Mikhailovsky Theatre.

At the end of the Soviet era, the name was changed again to The Modest Mussorgsky. Upon the theatre's revival, Fyodor Lopukhov's 1930's ballet company made a comeback as well.

Tickets can be purchased online via the official website theatre and at the box office of the theatre or through their partners.

Once out of the metro, head to the vestibule on the Griboedov Canal. Upright on the canal towards the Church of Our Saviour on the Spilled Blood. Take the second turn on the right towards the Inzhenernaya Ulitsa. The second building on the right is the theatre.

We do recommend a visit to the Mikhailovsky Theater just to experience the grandeur and unique ambience. If you go, choose to stay on the 1st-floor balcony left side, so you get a perfect view of the entire hall and stage. And, book your tickets no later than a month in advance as most of the time is full house performance. 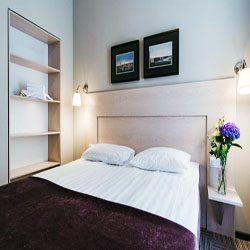 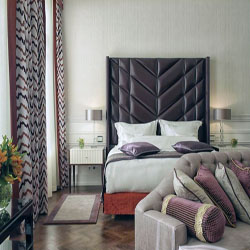 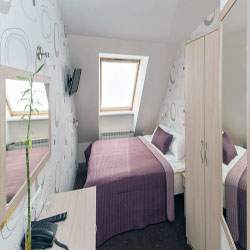