Looking for flights to St Petersburg? If so you have come to the right place. 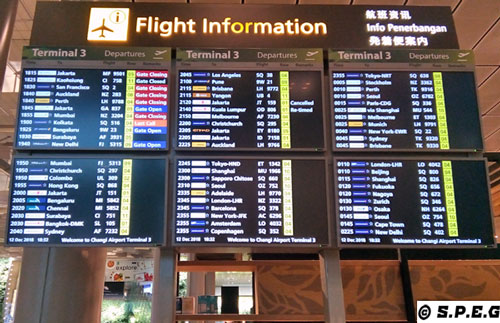 Flights to Saint Petersburg nowadays are often discounted and put at great competitive rates from top airlines for the simple fact that this travel destination is strikingly becoming more popular year after year. If you don't believe what I am saying just check for yourself!

As the city of St Petersburg grows and millions of tourists from all over the world keep coming, many Western and Russian airlines offer daily flights to Saint Petersburg at different prices from the major cities of Europe, Asia, North America, and Middle East to meet the demand. All these airlines have offices in downtown St Petersburg and many have offices at the central office building of the Pulkovo International Airport, which is now considered the busiest airport in Russia after Moscow.

Every week, at least 1200 domestic flights and 1100 international flights depart or arrive at St Petersburg airport. Right now, circa 70 airlines operate out of Pulkovo Airport and more are about to expand their routes. So, this Russian city is not as far away as it seems!

Now let's see below what airlines you should keep an eye on to get here.

HOW TO FLY TO ST PETERSBURG RUSSIA

Where are you travelling from?

WHERE ARE YOU TRAVELLING FROM?

Nowadays there are many flights options available to reach Russia's Northern Capital. The more you're flexible, the better you'll save.

If you are travelling from Europe you shouldn't have a problem finding direct flights to St Petersburg, but if you are coming from Asia, Australasia or America, then you have to change planes in either Moscow, or another European hub, depending on what airline company you're flying with.

The duration of your flight to Russia may also vary!

For instance, a flight to Saint Petersburg from Berlin takes only two hours and a little bit more than three hours from London or Milan. If you travel from the USA or from Asia, then, your trip to Russia can take up to ten hours or more. 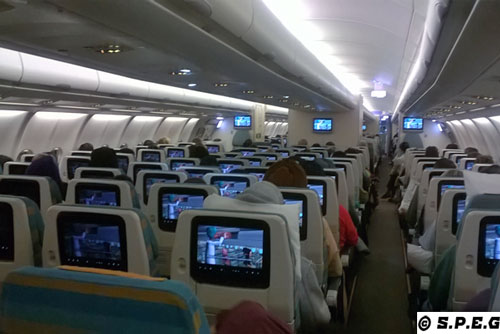 Me on a plane going back to Italy from Russia.

Generally the price of a return ticket from most European cities to Saint Petersburg is somewhere between €250 to €450 - while for a return flight from some of the popular American cities such as New York, Chicago or Los Angeles the ticket price is about $800-$1000.

In the event you're travelling from Dubai, the biggest and most important city of UAE, the flight should takes no more than 6hours, if you fly directly. And, the average price for a return flight from St. Petersburg to Dubai or the way around start from $600.

Normally the overall cost of the flight depends on the season you choose to fly, the airline company chosen, and how far ahead you book online. If you want to get the best deal, make sure you book your flight early.

Since it will be impossible to cover all the air routes, we will concentrate only on the major ones. But before we proceed, a word of caution. Never, ever fly "KD Avia"! This company offers cheap indirect flights with the hub in Kaliningrad. It has a bad reputation for delays and cancelled flights. If you don't want to get stuck in the middle of nowhere, avoid it at all costs.

Usually, the biggest and best airlines flying to Russia are Aereoflot, KLM, and British Airways, including Emirates Airline, if you come from the Middle East. I personally traveled with all of them, and the overall experience was great.

ARE YOU TRAVELLING FROM USA? 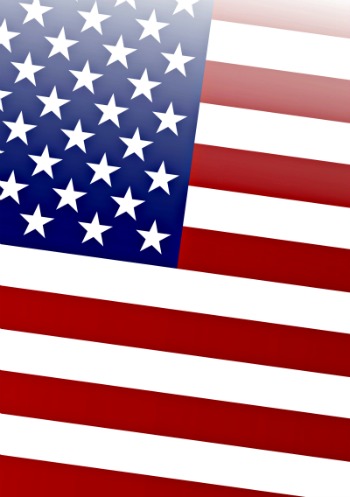 If you are flying from USA you should know that Atlanta is the major hub for Russia. Generally most of the flights connect there before they cross the continents.

Whether for example you fly from big US cities such as New York, Chicago, Los Angeles, Washington, or San Francisco, the best flight option to get to St Petersburg, would be flying with Aeroflot, Air France, KLM, Lufthansa, SAS, Delta and British Airways.

Just to name a few!

Personally speaking, the top choice is to board Air France, fly through Paris and be in St Petersburg in around 14 hours. This is one of the cheapest and most convenient routes you can take.

Of course you can board any airline companies, but if you want to spend a bit less, you should find a direct flight in one of the main European cities (possibly closer to Russia such as Berlin, Stockholm, Helsinki, Riga or Tallinn), and from there, find a second flight with a low cost airline company, such as Air Baltic or Air Berlin, to reach Russia's Northern Capital.

If money isn't a problem for you, then expensive options with a good service include  Lufthansa, Alitalia and British Airways partnered with Continental.

Please note that if you are looking for a flight to Russia with American Airlines, stop searching!

This company has recently stopped flying into Russia for unknown reasons. But as far as we heard, the Airline was experiencing many reservation problems, lost luggage and frequent flier glitches; so, even if it was still operating, it would have not been the best choice according to the latest news.

ARE YOU TRAVELLING FROM ASIA?

Whether you travel to St Petersburg from popular Asian cities such as Hong Kong, Bangkok, Tokyo and Singapore, just to name a few, then, your best option would be flying with Cathay Pacific, Emirates, SAS, Aeroflot, KLM, Lufthansa, Air France or Swiss.

Certainly, you can find other airline companies, but so far these are considered the top ones. So they are the most popular among travelers around the world. 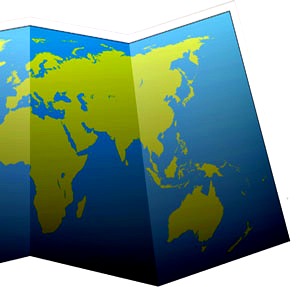 When you travel from Asia, Bangkok will be your major hub for Russia and Europe because most of the flights connect there before flying over here.

In this case, a good idea to save money if you are on a budget would be to find a flight to Bangkok from one of the major Asian cities (Hong Kong, Kioto, Singapore, Chiang Mai, Tokyo or Shanghai) and then, take a second flight direct to St. Petersburg from there.

If you have time to spare, you could also stop somewhere in Europe that be closer to Russia, like Finland or Estonia, and from there travel by bus or by train.

Keep in mind that from the United States or Asia, isn't possible to get a direct non-stop flight as the distance to cover is quite long. So a stop becomes quite essential, if not for anything else, then at least for fuel.

After all, none of us want to fall out in midair, do we?☺

ARE YOU TRAVELLING FROM EUROPE?

Since Europe is one of the biggest tourism sources for Russia, you have plenty of flights to St Petersburg to choose from with different airfare. 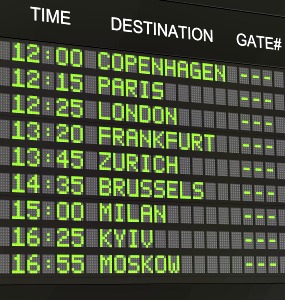 In fact nowadays you can easily find direct flights to St Petersburg from almost all major European cities.

So, you can always fly to any one of those cities and take a non-stop flight to St Petersburg Russia from there.

For example, you can catch a flight on the popular Russian airline company Aereoflot; which, compared with Air France, KLM or British Airways, is cheaper and the overall service is good.

Other famous Russian airline companies that provide direct flights to Russia, and so to the imperial city is Transaero. It offers a decent service for not a lot of money, and is very popular for low budget travellers across Russia and Europe. Definitely, it can be a good alternative but limited in terms of routes!

You can also fly with Swiss Airlines or SAS. They offer both morning and evening flights to St Petersburg and are not very expensive if you book early. I flew with them a couple of times and I never had any problem. Great service and always on time!

Didn't find what you were looking for?

No problem! Fly with Air Berlin or Air Baltic. They usually offer frequent flights to St Petersburg and they are cheaper than the top airline companies. In fact, you can find a direct flight with Air Berlin to St. Petersburg from Berlin for just €152 one way, or for less than €100 one way from Riga or Tallinn with the Baltic airline. Again I also flew with them a couple of times and generally speaking the experience was good.

Looking for a cheap transit point to Russia?

If you are looking for a way to seriously economize your trip to Russia, then the only way to really find cheap flights to St Petersburg it's to fly with the largest European low cost airline Ryanair, not my favorite, but is cheap. We all know that their service is not so good, flights rarely are on time and pressure sales on board are common routine. Hence, when you fly with them you get what you pay!

With Ryanair you can fly from Dusseldorf, Milan and Barcelona to Lapppeenranta in Finland. This small, but popular Finnish city is located 230 km from Saint Petersburg and 56 km from Vyborg in Russia. From there you can take a bus or train and reach the city of Peter the Great in 3-4 hours.

In addition to Ryanair now you can also fly with easyJet from London to Moscow, and from there take the train to St Petersburg.

If like me you want to save on air fares and put the money towards having fun on your vacation, then listen up. 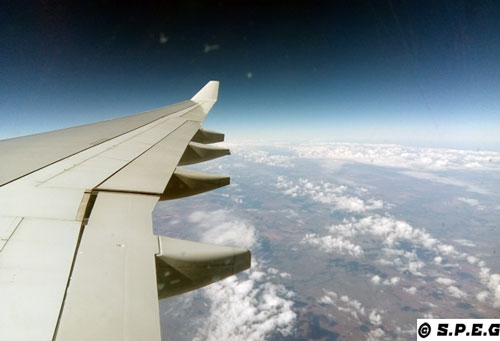 If you're planning a trip to St. Petersburg, the second largest city in Russia and the country’s cultural heart, you know that start searching for a flight in advance is advisable. This way you can find flights to St Petersburg at the lowest prices and cut your travel costs.

But you may wonder where do I search? Very simple!


As a keen traveler myself I can show you where to find the best travel deals online and compare them all in one place. Maybe you are aware of it, maybe not, I don't know! But in case you aren't, why not take a look HERE.

On this page I've tried to give just a brief overview of all the major airline companies you can travel with to visit St. Petersburg in Russia. As you see there are many flights to St Petersburg, so the choice is pretty wide.

My advice is simply do your own research, choose what is best for you, and book a little in advance. During your research you also could  check the rating of airlines before buying the ticket. It might be helpful!

If you are on a tight budget, then you should consider flying to Helsinki with Air Lingus, to Tallinn or Lappeenranta with Ryanair or Easyjet. From there you can continue your Russian journey by bus or by train.

We, Anastasia and I (Davide), have done that many times and it works, but you need to be flexible with times and dates, plus don't expect any high service on board. The thing is, the more flexible you are the more you may save!

Below you can find a list of the most popular airlines flying to Pulkovo airport.