All islands of St Petersburg are diverse, unique and come with a fascinating history ready to be discovered. Find out which ones you should see with our list below!

The city of St Petersburg has got so many different names over the years. For example one more name the city is known for is the city on 101 islands. So yes, as you read, Saint Petersburg was literally built on islands. The city itself is actually situated in the delta of the river, which forms 42 islands and makes over 300 bridges cross all the rivers and canals. Some of these are drawbridges that from spring to autumn are open during the night to let the ships pass.

All the islands of St Petersburg are pretty different! Some are populated but separate from one another by straight rivers and canals and linked by elegant bridges, which have become sights of their own. Others are unpopulated islands and not linked, but easily reachable by boat on a private boat tour.

However, all the islands of St Petersburg can be divided into two groups: natural and artificial. Natural islands are formed by arms of the Neva River such as Vasilievsky Island and Petrogradsky Island. In comparison, artificial islands are small and uninhabited; the only one worth seeing is the New Holland Island created by Peter the Great in 1721.

Visiting some of these islands is particularly interesting to visitors exploring the Russian city because they remain largely unchanged since old imperial times. They all have a distinctive character and unique historic functions that make these cultural oases worth a visit but only during the summertime.

Among all the islands of St Petersburg, we recommend seeing the Kirov Islands, a collective name given to the three most famous outer delta islands located on Petrograd Side: Kamenny Island, Yelagin Island and Krestovsky Island. Instead, the island no one should miss is Hare Island where Peter and Paul Fortress's and Cathedral were built.

the most popular ISLANDS OF ST PETERSBURG russia 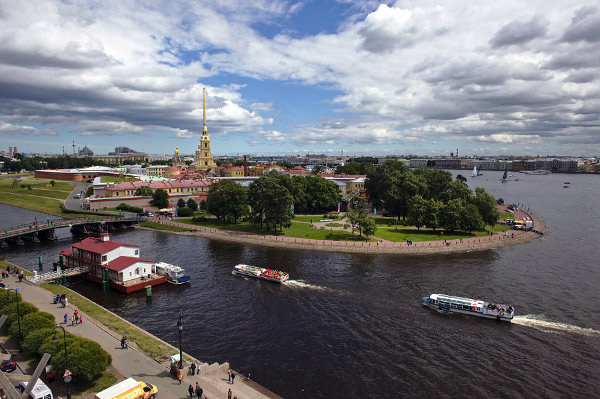 Zayachy Island - One of the Most Popular Islands of St Petersburg

Hare Island (Zayachy Island in Russian) is the first island where Peter the Great planned to lay the foundations of the first structure of the city “Sankt-Piterburkh”: the famous Peter and Paul fortress. Today, across the Neva River from the Winter Palace, the small Hare Island offers fabulous picturesque views of the city's historical center and the large Neva River, Bolshaya Neva and Malaya Neva.

A visit to Hare Island is a must if you wish to explore the famous Peter and Paul Fortress and see all the attractions within the walls of the fortress such as the small Ss. Peter and Paul Cathedral, one of St. Petersburg's most striking buildings, and numerous interesting museums, galleries, and spectacular river-side views.

Getting there: From the Gorkovskaya metro station, exit and walk through Alexander Park to the entrance to the fortress, Ioannovsky Bridge, one of two small wooden bridges used to cross over onto the Island and enter the fortress. You can also take other public transportation but this is the easiest way to get there. Alternatively, you can grab a taxi. 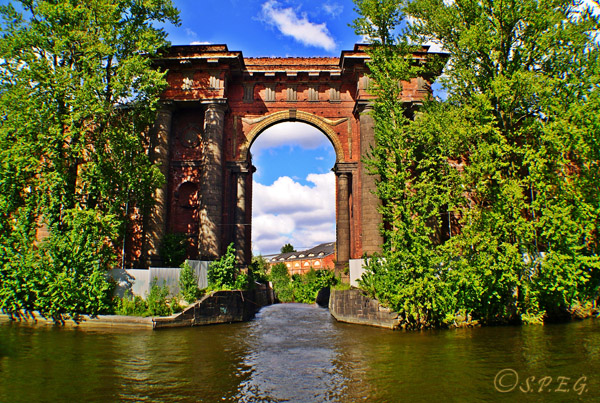 The New Holland, one of St. Petersburg's more unusual historic landmarks, is an artificial 19-acre triangular man-made island between the Kryukov Canal, the Admiralty Canal, and the Moyka River. It was created by Peter the Great as the first arsenal for his fleet of military ships. For many years during the Soviet regime was inaccessible spawning a myriad of legends about what might lie beyond the red bricks.

Today, the island, also known as Novaya Gollandiya, is open to the public and is considered one of the most romantic corners of the Northern Capital. So you can get through that magnificent red wall and see a new hidden treasure along with a range of events and exhibitions running only during the summer.

Getting there: From Admiralteyskaya Metro station, turn right then right again out of the metro onto Bolshaya Morskaya Ulitsa. Continue along the street until it merges into the embankment of the Moyka River, and New Holland is to your right. You can also take other public transportation but this is the easiest way to get there. Alternatively, you can also take a taxi. 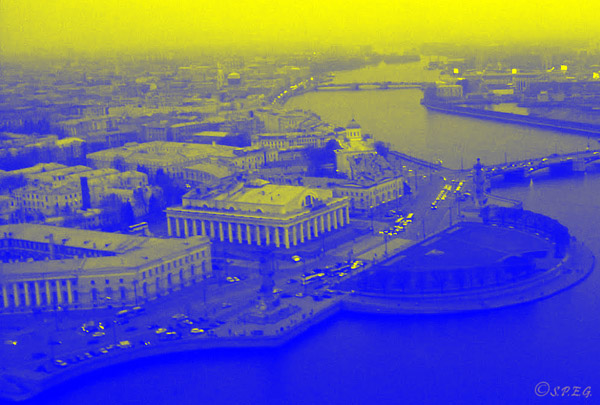 Vasilievsky Island is one of the largest islands of St Petersburg and one of the most beautiful districts in the city, especially along the eastern edge of the island and University Embankment. Developed in the 19th century, the island became a middle-class haven featuring broad tree-lined avenues, attractive classicism style architecture and several Lutheran churches.

Home to some of St Petersburg's most famous buildings and organizations, the island is considered a center of education as it houses the main St Petersburg University. It is also an important gateway for cruise ships as the Marine Facade Port is located on the island. The main attraction of the island is the visible famous Spit of Vasilievsky Island, which houses a building with eight-column portico and statues of the goddess of fertility Ceres, the god of trade Mercury and the god of sea Neptune.

Getting there: To get to the island you must cross the famous Palace Bridge on foot or you can take any bus crossing the bridge. Alternatively, you can also take the metro to Vasileostrovskaya or grab a taxi. 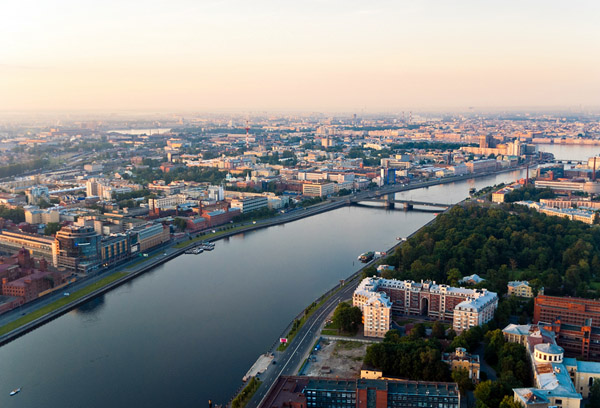 With vast green areas, several attractive residential buildings and connections with Russia’s most well-known scientists, Aptekarsky Island has an interesting history. Once used as the headquarter for the medical office and later on as a botanical garden to provide the city with medicinal herbs, Aptekarsky Island today is an extension of the Petrograd Side and an attractive residential area.

The island's name has not changed for three centuries. It hosts a revamped imperial Botanical Garden, which contains over 7,500 different species of plants from around the world, an apartment museum in memory of Russia's legendary bass-baritone Fedor Chaliapin who lived there, and St. Petersburg's tallest building, the Television Tower, from which you can get a fantastic panoramic views of the city as the tower has an observation platform 191 meters. Among all the islands of St Petersburg, Aptekarsky is the only island that was never privately owned and is rarely visited by tourists.

Getting there: To get to the island you can take the metro to Petrogradskaya, then walk up to the Karovka River Embankment, cross the bridge, and turn left to the Aptekarskiy avenue. You can also take other public transportation but this is the easiest way to get there. Alternatively, you can also take a taxi. 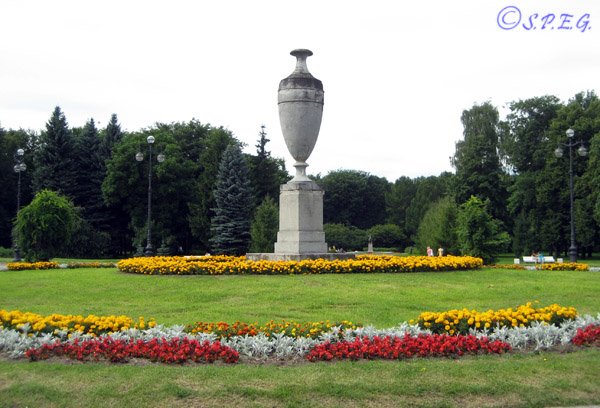 Krestovsky Island, the biggest of the three Kirov Islands of St Petersburg, stands north of the Petrograd side in the Neva delta and consists mostly of the vast seaside Victory Park. Defined since its foundation as a popular leisure venue where anyone can enjoy recreational activities, such as cycling, rollerblading, and jogging, nowadays it has a growing number of beach restaurants and night clubs, and due to that, it has become a nice lively spot to hang out among locals.

If you plan to go there, you are sure to enjoy the large amusement park or a stroll around the area. You can also sail in the Gulf of Finland and see the football stadium, or enjoy a meal by the water as there are many Russian restaurants by the water to choose from. Undoubtedly, it is a great place to experience life as a local of Saint Petersburg since few tourists make their way over here.

Getting there: To get there you can take the subway station to Novokrestovskaya (This is the best option if you want to reach the Saint Petersburg Stadium), or you can exit at the Krestovsky Ostrov (Best option to reach the park). Upon leaving the station you will see an entrance to a park, just get in and start exploring around!

Famous for its Kamennoostrovskiy Palace, the surrounding Park and the Gothic Church of the Nativity of John the Baptist, Kamenny Island is one of the most charming islands in Saint Petersburg and one of the most rarely visited by tourists. Also known as the Stone Island, this wooden site is punctuated by a series of nice canals, lakes, and ponds, and is pleasant for strolling any time of year with its overgrown pathways that hide some truly beautiful buildings.

Today much of the original park has been preserved, but there is officially no public access to the grounds or palace. However, now the old mansions and cottages are private real estate, so anyone can enjoy the views. Instead, during the Tsars times or Soviet era, the island was accessible only to high profiles of the Russian aristocracy for royal leisure pursuits. That said, the stony island is definitely one of the nicest islands of St Petersburg to see if you are a nature lover.

Getting there: The island is next to Petrogradka and Krestovsky so the best way to get there would be by car. Alternatively, you can also take the metro to Petrogradskaya and then take a taxi from there, or simply go by bus.

While Krestovsky Island is the largest and liveliest of the Kirov Islands and Kamenny Island is the most natural and peaceful, Yelagin Island is the most pleasant of the three. The island houses the summer palace of the Tsars, Elagin Palace, which hosts a nice museum inside. The palace and museum are the main attractions of the island, while the vast park is a beautiful green area to explore.

Here, anyone can enjoy a stroll through the vast green paths, lakes, and ponds which are spread out across the Kirov Central Culture and Leisure Park situated on the island. If you plan to go there, the Russian island also offers one great amusement park for kids, different sporting facilities, playgrounds, and monumental sculptures, and most of all, it is the best place to get away from the bustling and hustling in St. Petersburg because the area is very remote.

Getting there: The island is situated on the wide Neva River To get there, just move across the main course of Neva, then walk up to Petrogradsky District Island and finally, you are in Krestovskiy Island. The best way to get there is by Metro or by Taxi. 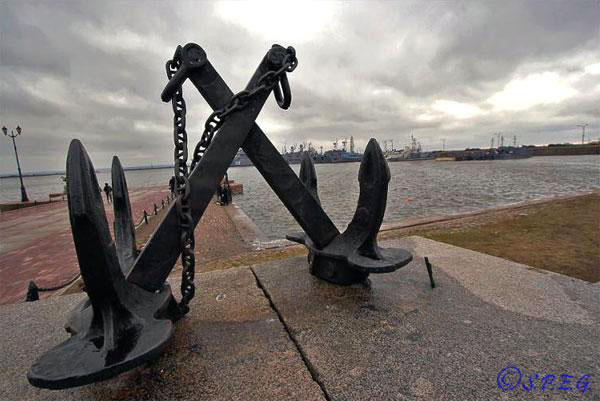 A view of Kotlin Island in St. Petersburg Russia

The Kotlin Island, located near the head of the Gulf of Finland, was opened to visitors in the mid-1990s and is Russia's most venerable naval port where the active town Kronshtadt lies with its 43,000 inhabitants. Although it has a slightly different look than it did in its heyday as the headquarters of the Russian Baltic Fleet, this small town still holds its gloomy communist facade.

Kronstadt is one of the most intriguing islands of St Petersburg because it is a small old Russian village itself and not a place of recreation and entertainment as all other islands because the city was built for military purposes only. Surrounded by many old surviving forts, which you can see by joining a private boat tour on the spot, the island is home to the impressive and beautiful Naval Cathedral of St Nicholas and several decaying soviet buildings worth seeing.

Getting there: The island is located 30Km from the city of St Petersburg, so the only way to get there is by car.